The Dallas Wings recap an important WNBA Draft and DFW's own Lauren Cox speaks about an unforgettable draft moment.

FLOWER MOUND, Texas - One of the top players in this year’s WNBA draft celebrated from her North Texas home.

Cox and her family had their draft party at home instead of in New York where the draft event had been planned before the coronavirus pandemic. 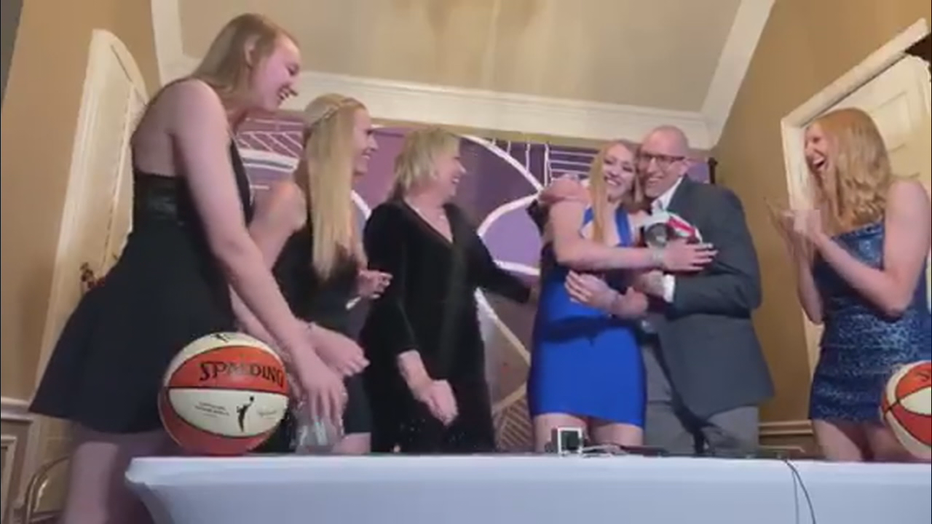 Extended family members and neighbors cheered for her from outside her home.

“That’s awesome. I was not expecting this at all. I thought I would get texts from friends and loved ones but to have them all here really means a lot,” she said.

Cox was hoping to lead the Lady Bears to a second straight championship but the season was cut short.

The WNBA season was supposed to start next month. It too has been postponed indefinitely.

The WNBA completed the first pro sports virtual draft over the weekend. It was a big night for the Dallas Wings, which had three of the first seven picks.