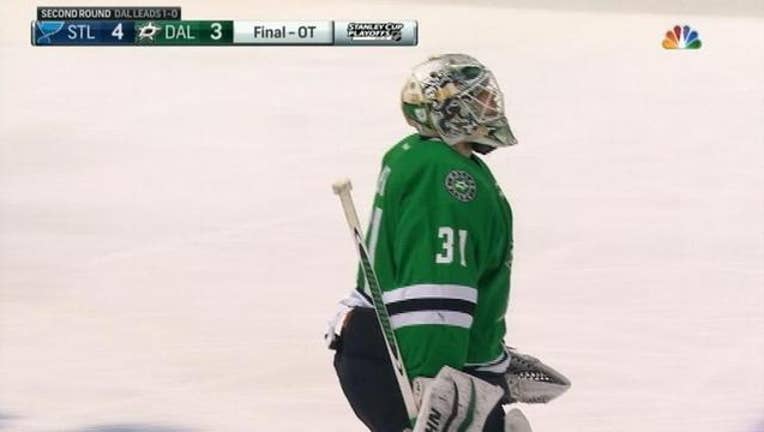 A person with direct knowledge of the decision has confirmed to The Associated Press that the Dallas Stars have placed goalie Antti Niemi on waivers with the intention to buy out the final year of his contract.

The person spoke to The AP on the condition of anonymity on Monday because the Stars have not announced the move, which was first reported by the Dallas Morning News.

Niemi is due to make $4.5 million next season, and would be bought out at $3 million spread over two years. The ninth-year player, who won a Stanley Cup with Chicago in 2010, is coming off a disappointing season in which he went 12-12-4 and had a 3.3 goals-against average in 37 games.

He became the odd-man out in Dallas behind Kari Lehtonen and after Ben Bishop was acquired in a trade last month. Dallas has until Saturday to sign Bishop before he's eligible to become an unrestricted free agent.

Dallas did announce it re-signed rookie defenseman Esa Lindell to a two-year, $4.4 million contract, and forward Mark McNeill to a one-year deal. Lindell had six goals and 18 points in 73 games during his first full NHL season last year.