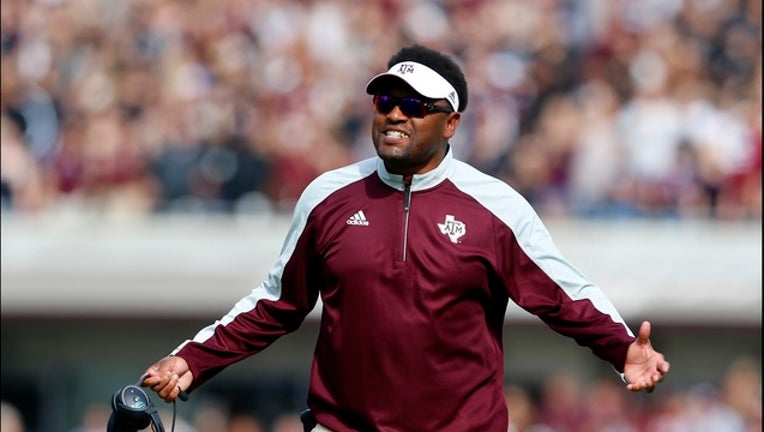 Kevin Sumlin of Texas A&M reacts to a call during the first half against Mississippi State at Davis Wade Stadium on November 5, 2016 in Starkville, Mississippi. (Photo by Butch Dill/Getty Images)

The person spoke to The Associated Press on Sunday on condition of anonymity because details of a five-year contract to replace Rich Rodriguez as coach of the Wildcats were still being finalized. Rodriguez was fired Jan. 2 amid sexual harassment allegations.

Sumlin was fired after six seasons at Texas A&M in November and had reportedly been in the mix for numerous jobs, including Arizona rival Arizona State. The Sun Devils hired former NFL coach and ESPN analyst Herm Edwards.

The Aggies went 51-26 and went to a bowl game every season under Sumlin, but were 25-23 in SEC play and never matched his first season in College Station, when they were 11-2 with Heisman Trophy quarterback Johnny Manziel.