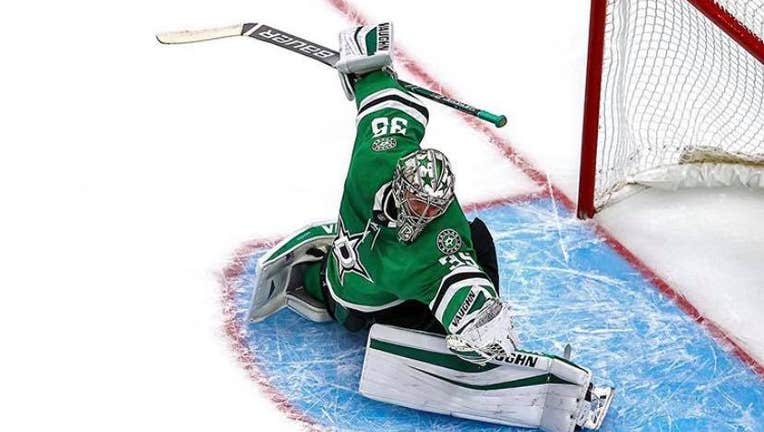 After practice Saturday, Stars coach Rick Bowness refused to say specifically why the goaltender will not play. He said Khudobin will be listed as day to day.

"I have very few rules, but you damn well better follow them," Bowness said without explanation.

Rookie Jake Oettinger will start against the Blackhawks. Landon Bow will be called up from the taxi squad to be the backup goalie.

The Stars are winless (0-2-1) in Khudobin's last three starts. He has allowed 11 goals in those road games. He had given up only three goals combined in winning his first three games at home.