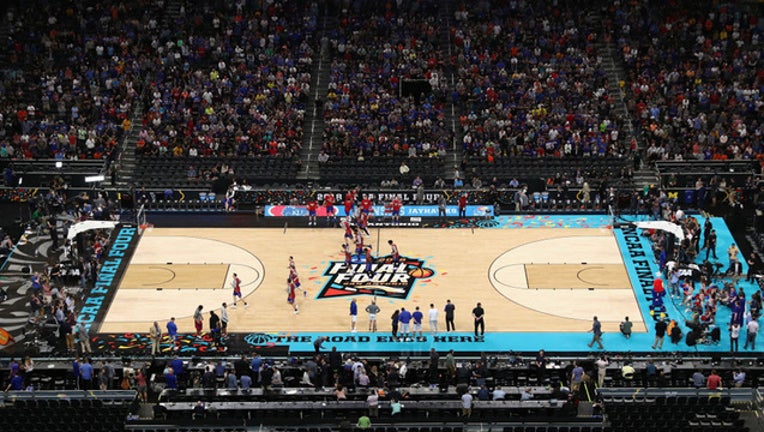 SAN ANTONIO (AP) - The maddest of Marches is winding down, the college basketball season now headed into April. All those upsets, crazy finishes and stellar performances have brought us to San Antonio, where a Cinderella and its telegenic nun join three power programs in the Final Four.

Based on the way the bracket has gone so far, don't be surprised if there is more madness in store.

To get you ready, we've got a rundown of the teams, the top players, the coaches and other tidbits about this year's Final Four.

Villanova. The Wildcats shoot 3s like no other, play suffocating defense and have that look - the one they had winning a national title two years ago.

Kansas. The other No. 1 seed to get through, the offensively-gifted Jayhawks are back in San Antonio, where Bill Self won his only title in 2008.

Loyola-Chicago. Sister Jean gets much of the attention, but the Ramblers have rambled into the Final Four with a free-flowing, nothing-to-lose style.

Jalen Brunson, Villanova. The Wildcats' unassuming, unquestionable leader is racking up player of the year awards - and possibly a second national championship.

Devonte' Graham, Kansas. Similar attributes as Brunson, only with an added dash of dynamic-ness.

Moritz Wagner, Michigan. The big German is crafty inside, can step out to hit 3s, can guard multiple positions - a matchup nightmare.

Clayton Custer, Loyola. The sharpshooting guard gets mistaken for a non-player off the court, and is often the best in the game on it.

Cameron Krutwig, Loyola. The burly freshman gives the little Ramblers the presence they need inside at both ends.

Malik Newman, Kansas. The athletic sophomore has become dynamic option No. 2 to Graham.

Mikal Bridges, Villanova. He and Brunson may be the Final Four's best 1-2 punch.

Bill Self, Kansas. This may be the best coaching job of his Hall of Fame career.

Jay Wright, Villanova. The coolest - and best-dressed - coach in college basketball has changed the game and put the Wildcats in position for a second national title in three years.

John Beilein, Michigan. Redefined his team and himself by turning the Wolverines into one of the nation's top defensive teams.

Porter Moser, Loyola. A nation of college basketball fans are learning what everyone at Loyola already knew: Moser can flat-out coach.

This story has been corrected to show that LSU was the 11-seed that made the Final Four in 1986, not Louisville, which beat LSU in the Final Four and won the national title.