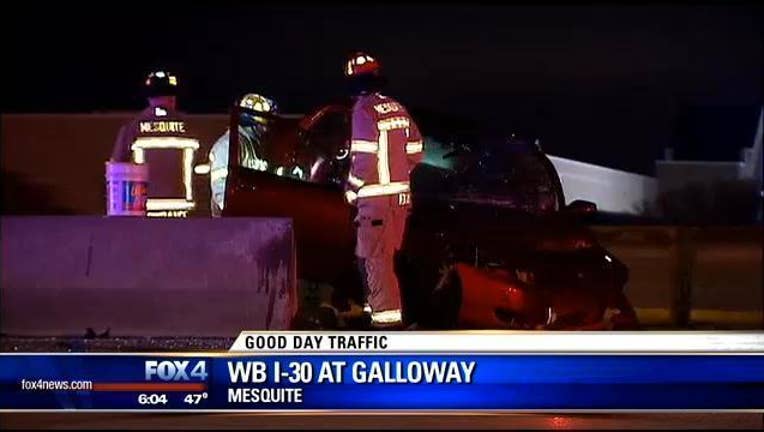 A woman was killed in a wrong-way crash in Mesquite.

She was heading eastbound in the westbound lanes of Interstate 30 near Galloway Avenue around 3:30 a.m. Wednesday.

Her car hit the center HOV median at a high rate of speed.

The woman's identity has not yet been released.