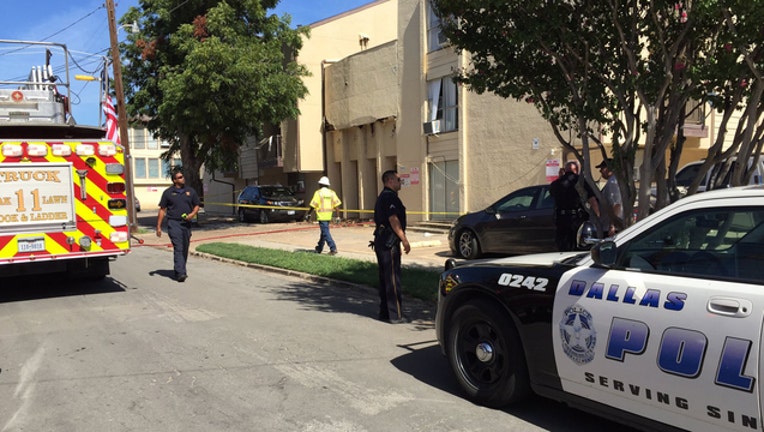 DALLAS - One person was hurt Wednesday after a small explosion at an Oak Lawn apartment complex.

Dallas Fire Rescue spokesman Jason Evans said it happened around 10:30 a.m. at the Knight Apartments in the 2800 block of Knight Street.

A worker on the roof of the three-story building was r using a grinder on a boiler vent pipe and he described hearing an explosion. Firefighters found smoke and quickly put out a few hot spots, Evans said.

Investigators are still not sure what caused the reported explosion. Representatives from the gas company are working with firefighters to determine if there was any leak.

Three apartment units were affected, but one was vacant.

The worker drove himself to the hospital because of a minor hand injury.