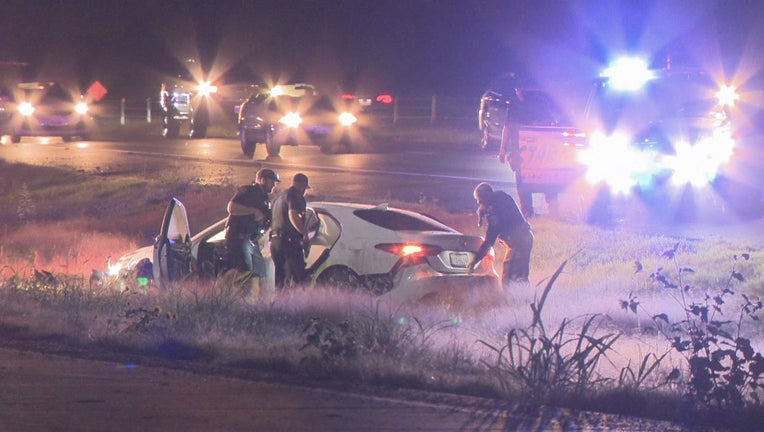 FORNEY, Texas - Police in the Kaufman County city of Forney arrested a woman after a high-speed chase.

The chase started late Sunday after Forney police got a call about a possible drunken driver.

The caller said the woman’s small car was missing a tire and she was driving erratically, even stopping suddenly in the middle of the freeway.

Officers spotted the car on Highway 80 and tried to pull the woman over. Instead, she sped off, at times hitting more than 100 miles per hour with one of her tires blown out.

The car finally stopped at a highway exit but the woman refused to get out.

She finally surrendered after police fired bean bag rounds to break her window.

The woman’s now facing charges for DWI and evading arrest.