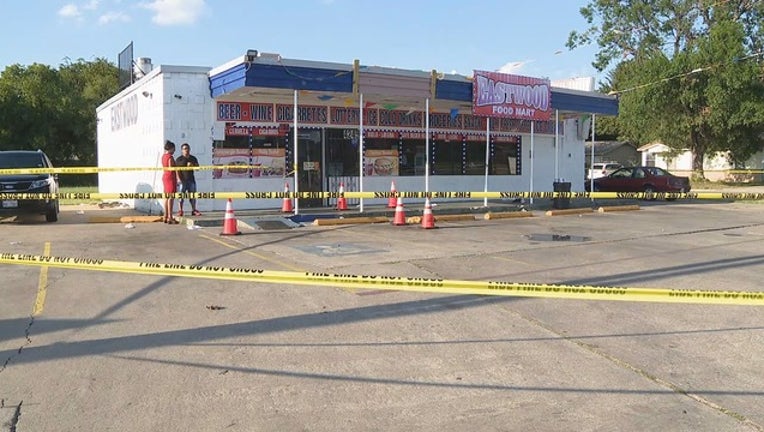 FORT WORTH, Texas - The woman who was shot and killed outside a Fort Worth convenience store Friday evening has been identified.

Sherry Lynn Hill, 55, was murdered when someone fired several shots outside the Eastwood Food Mart on Highway 287 and Wilbarger Street in Fort Worth.

The store's manager said Hill was an innocent bystander, who had just stopped inside of his store for a snack.

The identity of the gunman, who he was targeting, and why, are all things police are still investigating.

Store surveillance showed the moments right after the shooting.

The manager said he saw four people in a silver Dodge car, and told police one of them was the shooter.

Before the car left the scene after the shooting, the video shows one of the men run from the silver car, over to the woman on the ground, and then run back towards the car as it pulls off.

A dark colored van is also seen taking off.

The shooter ran inside of his store and told the manager to delete the surveillance footage. He told police he'd seen the man in his store before, buying cigarettes, but didn't know his name.