A South Dallas congregation came together Sunday to remember one of their own who was killed in a drive-by shooting earlier this week.

DALLAS - A South Dallas congregation came together Sunday to remember one of their own who was killed in a drive-by shooting earlier this week.

Police are still looking for the person or people responsible for the death of 79-year-old Gloria Jean Roque.

Those who knew her best spent Sunday honoring her legacy.

The congregation at Warren United Methodist Church spoke a lot about how much joy she brought to the church and how involved she was in the community, having worked at the Dallas Times Herald and Dallas Black Chamber of Commerce, as well as just checking up on people in her neighborhood.

Now, people are wanting her shooter to be caught.

“Someone who should've passed away peacefully had to die a tragic death,” Warren United Methodist Church Pastor Joshua Manning said.

Manning preached to broken hearts and broken spirits at Warren United Methodist Church in South Dallas, which is the church that Roque grew up in.

“She loved music. She would play the piano up there and she would teach the children music. She led songs in the choir,” Juanda Wallace and Vahinta Loud said.

And now, Wallace and Loud, just two of the members of the congregation who knew her for decades, are singing without her. 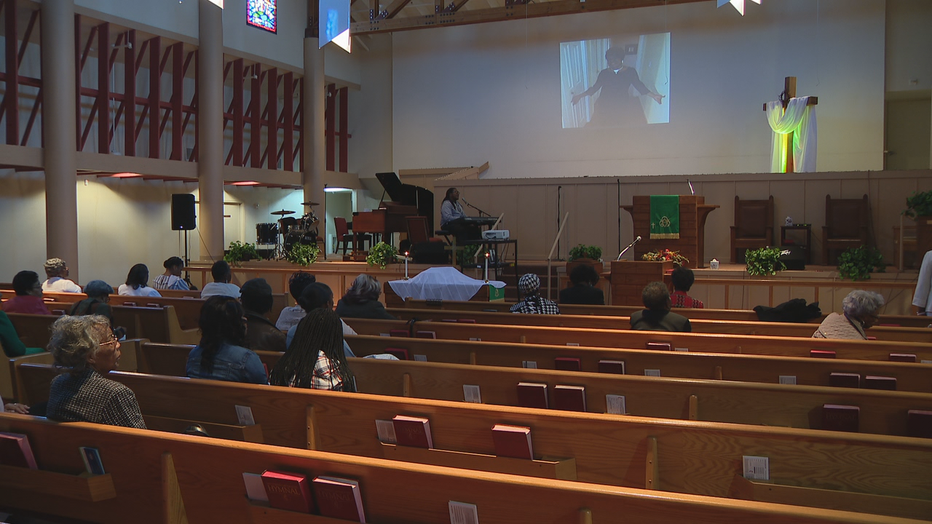 Roque was killed in a drive-by shooting outside her home on Meyers Street, near the church, late Thursday night.

Police say she was home with her daughter, when a bullet shot through the front wall and hit her.

She was taken to the hospital, where she died.

Police are looking for the shooter or shooters.

They're also investigating the motive, and say this may be a case of someone shooting up the wrong home.

“I cannot seem to come to terms with what has happened,” Pastor Manny said. “We live in a city, where in between January 1, 2019, to November 1 of this same year, 133 people have been killed as a result of gun violence.”

“It makes me want to do more. I don't know what direction that needs to take,” Wallace added.

Her pastor remembers Roque for her hugs, which she gave everyone at church.

Police have been looking for cameras, trying to see if there is surveillance video of the car that was used in the drive-by.