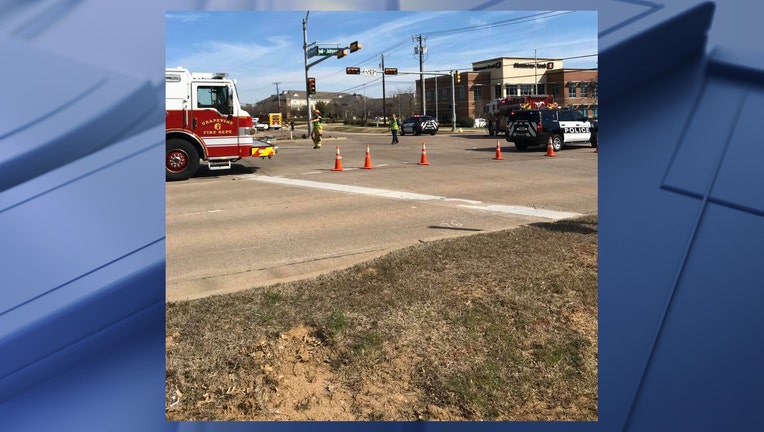 GRAPEVINE, Texas - Grapevine police say the driver of a Mercedes ran a red light and hit a vehicle Saturday morning, killing one of the passengers inside.

The crash happened just before 10 a.m., at the corner of Hall-Johnson and William D. Tate.

Investigators found that the Mercedes crashed into a Dodge, which caused the Dodge to flip.

A passenger was taken to a hospital, but was later pronounced dead. The Tarrant County Medical Examiner’s Office identified the victim as 51-year-old Elvira Sorque-Bautista, of Irving.

Police said they spoke with the driver of the Mercedes, but have not filed any charges at this time.