A woman is still recovering in the hospital after her car was struck head-on by another vehicle earlier this week in Tarrant County.

SAGINAW, Texas - A woman is still recovering in the hospital after her car was struck head-on by another vehicle earlier this week in Tarrant County.

Police said two teen brothers in the other car were killed.

A witness told investigators the car occupied by the two teens was traveling at a high rate of speed.

Kayleigh Smith-Griego, a 25-year-old mother of two boys, is now out of the ICU and recovering from multiple surgeries, with more surgeries scheduled, after Fort Worth police said the truck she was riding in was hit by a vehicle that was traveling at a high rate of speed when it lost control, entered her family’s lane of traffic, and hit their vehicle head-on.

Dylan Louis said his sister was traveling with her 3-year-old, 3-month-old, and their father on Wednesday. She was in the front-passenger seat when they were hit. Everyone else in their family’s truck is OK, but the two teenage brothers in the car that hit them died at the scene.

"She, unfortunately, took the brunt of it," Louis said. "You know, it’s a tragic situation for everybody involved." 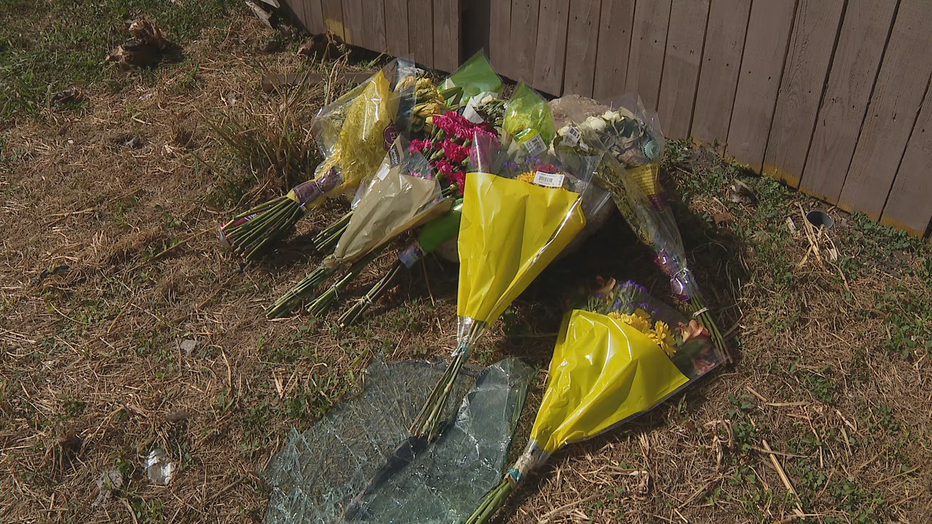 Flowers were placed at the scene for the brothers this week.

"I can’t imagine losing one child, versus losing two, even," Louis said.

Smith-Griego fractured her sternum and was dealing with abdominal bleeding, according to her brother.

"We’re pretty close. We talk every day," he said.

He hasn’t been able to see her since the accident. Still, he’s just grateful he’ll be able to see her again because, right now, the hearts of their family are broken for the Lopez family that lost their two boys.

"We just want people to learn from this, from this tragedy," Louis said.