Flames spread across more than 200 acres in Southern Wise County on Monday, threatening homes, farm buildings and livestock. Officials say they believe a lit cigarette may have sparked the fire but still need to investigate.

Planes had to be called in to drop fire retardant on the quickly-spreading fire as crews from several fire departments assisted.

The Wise County fire marshal says the fire is contained from the west side, and it’s stopped progressing.

It started on County Road 4698, a very rural area with a lot of farmland and homes scattered apart. The priority right now is to put out the hot spots before the wind picks up Tuesday.

Boyd Fire-Rescue got the call at 1:23 pm. from a homeowner who spotted flames on County Road 4698.

SKY 4 captured the chaotic scene as horses and cattle frightened by the flames and smoke looked for a clear path to escape. 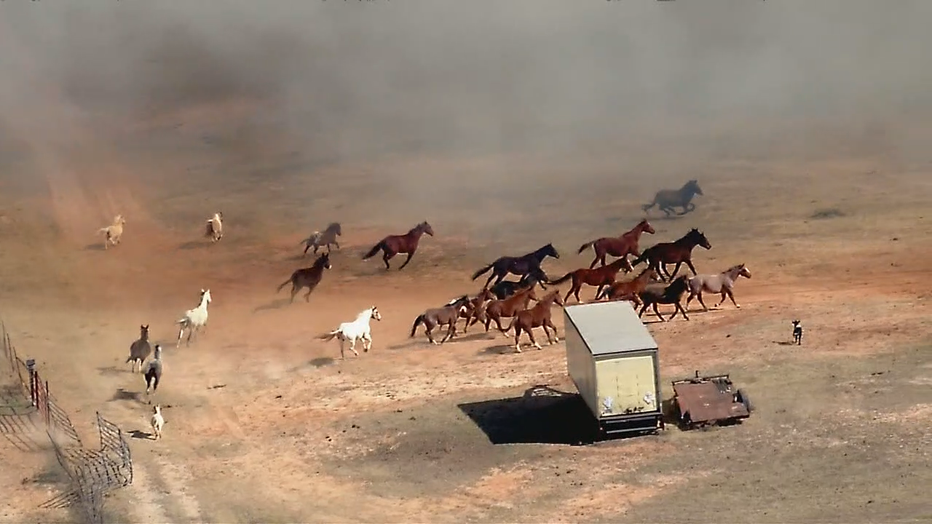 Dozers worked quickly to dig fire lines to contain the spread. One man even used his feet to try and stomp out the flames that had jumped a road.

Zach Vess was seven miles from home when he saw the smoke.

"You could see it from way over there. And I was like there’s something on fire around here. So we got closer and it was right across the street," he said.

Firefighters from Wise, Denton, Tarrant and Parker counties all responded to help out on the ground.

And in the air, planes with the U.S. Forestry Service made several trips to drop water and fire retardant from above. 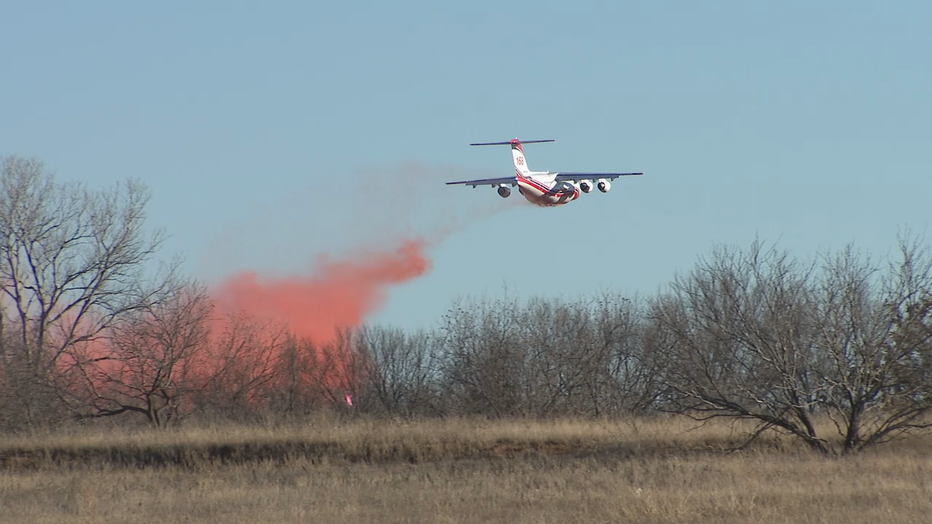 Brent Wilson lives nearby and jumped in to help the firefighters.

"We have a lot of friends here, so we were cutting some fences and wetting houses down," he said. "And we realized that it was out of control, and we went and got some equipment."

Wilson spent three hours on his skid steer trying to dig fire breaks or dump dirt on the flames until things got too dangerous.

"Apparently, we got too close," Wilson said. "We got the machine on fire." 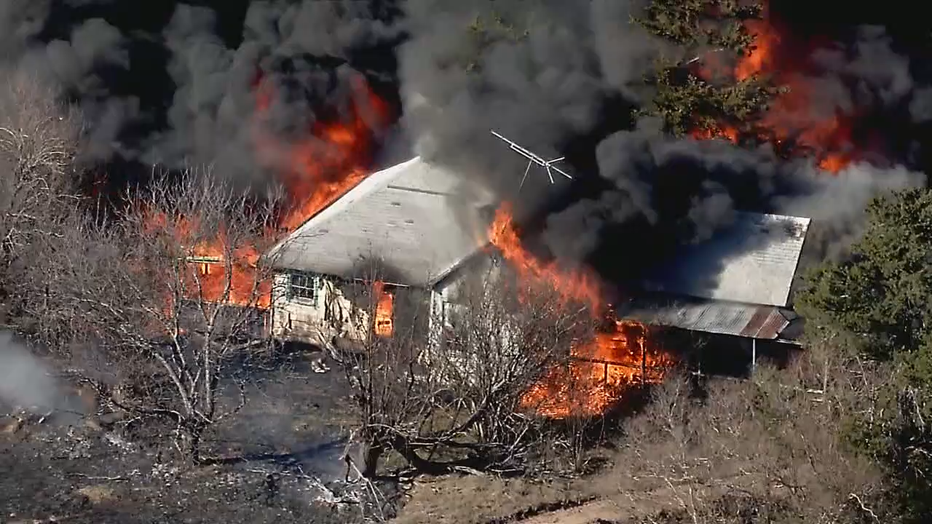 "The higher the wind and the dryer the conditions, it’s really ideal for something like this to happen," he said.

Officials say they believe a lit cigarette may have sparked the fire but still need to investigate.

The Wise County deputy fire marshal says they believe some homes were damaged but can’t say how many just yet.

No people or livestock were harmed.

The fire marshal’s office says it will take the lead on the investigation into how the fire began.