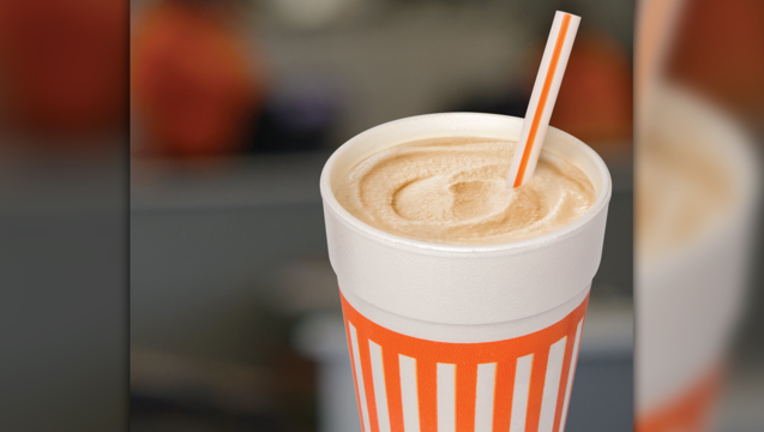 This is no April Fools’ joke — Whataburger just combined two things everybody loves: coffee and shakes.

The fast food giant introduced its Coffee Shake to the world on Monday via social media.

“We have a new shake just in time for your afternoon pick me up,” Whataburger wrote.

Reps say the shake is made with real Columbian coffee. Although it’s unclear how much caffeine the shake will have, the chain tweeted the shake has “just a hint” of coffee flavor and doesn’t overpower it.

The shakes are available at all Whataburger locations 24/7.

Whataburger says the Coffee Shake will only be available for a limited time but didn’t say how long that meant.