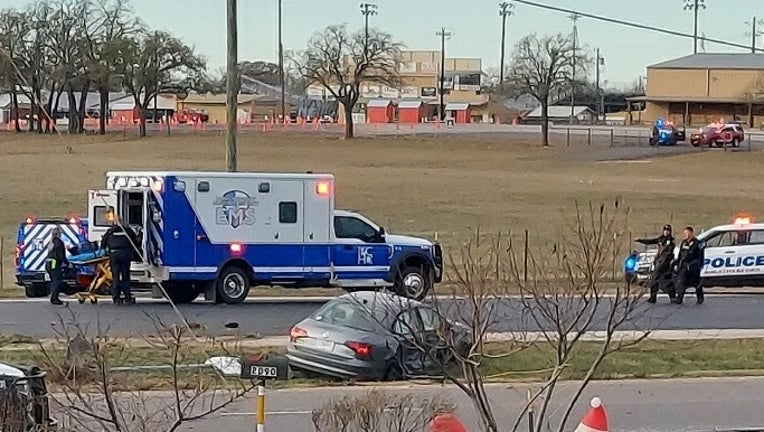 WEATHERFORD, Texas - Weatherford police said their officers fatally shot a suspect Saturday morning after the suspect led officers on a chase in a stolen vehicle and then fired shots at officers.

This started just after 8 a.m. on Christmas Eve, when police were called about a stolen vehicle out of Georgia on York Avenue.

Responding officers found the vehicle, but police said the driver led officers on a chase.

During the chase, the suspect was involved in a crash at Ric Williamson Memorial Highway and Highway 180.

After the crash, police said the suspect got out of the vehicle and started firing at officers and DPS troopers.

The suspect was pronounced dead at the scene.

No other injuries were reported from the gunfire.

The name of the suspect has not yet been released.

The Texas Rangers are investigating this officer-involved shooting. No further details have been released at this time.