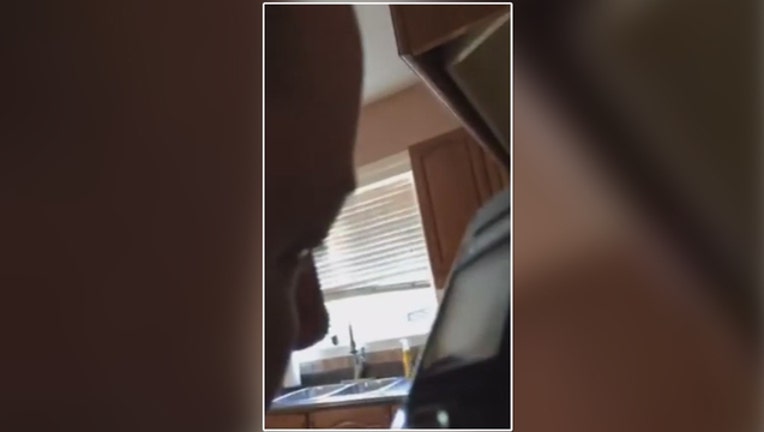 ONTARIO, CANADA - It's a widely reported scam: The scammers call saying there will be a warrant out for your arrest if you don't pay up on unpaid taxes or an outstanding debt.

Many people fall for it, but not Dawn Belmonte of Ontario, Canada.

Belmonte posted the video of her entire interaction with a phone scammer, which had a surprising plot twist at the end, on her Facebook page.

The scammer, calling from an 866 number, tells Belmonte she owed $2,500 immediately or she would be arrested. Knowing it was a scammer, Belmonte gave them the first fake name that came to mind.

In the video, she has the phone on speaker and she is talking to a person named, "David."

"Do you have any kind of line of credit in your bank?" David asks. "No, I have nothing, my husband took all our money and he's in jail because he had tax evasion and now he's going to get me in trouble!" she yells.

At this, Belmonte pretends to cry, telling him she had to borrow $5 from her neighbor for milk and can't afford to feed her six children. He not only continues to ask her to borrow money to pay the debt while threatening to have her arrested, he suggests she pawns something to pay for it.

Adding to the amusement of the video is Belmonte's husband and son, who are seen on camera moving through the house, nonchalantly, as she continues to battle with the scammer on speaker phone.

She continues to fabricate an emotional story about having no money, no family, and no husband, and being left with six children.

Eventually, in a surprising turn of events, the scammer seemingly grows a conscious, breaking down and admitting that this is a scam. "What I have told you is totally wrong. This is a scam. We were just trying to take money out of you," he said, while urging her not to pay any money from anyone else who calls in the future. "Make sure and don't fall for it," he said. "Don't worry about anything, nothing will happen to you," he said.

"I was shocked and had to think quick for a response!" Belmonte told FOX 13. Her family was as shocked as she was at the scammer's response, she said.

Since video of her phone call was posted, it has been viewed viewed and shared by thousands of people. "The end is GOLD!!" she posted. "I should be an actress," she said.

Belmonte said she reported the incident to the police, but police told her the scammers are offshore and using scrambling equipment to hide their identities and locations, so there wasn't much they could do in this case.

The IRS will never call or email and threaten to arrest you. Any legitimate correspondence with the IRS will take place via the U.S. Postal Service.

"If somebody calls you from the IRS and says you ow money or 'we're going to sue you,' tell 'em to stick it where the sun doesn’t shine," offered Sheriff Grady Judd, who said he had gotten such a call himself.  "All they're trying to do is rip you off.  That's not the IRS."

The IRS says if you receive a call like this, they want to hear about it.  To report this scam online, go to http://1.usa.gov/270ULmb.