Vice President Mike Pence will visit the coronavirus hotspots of Texas, Florida, and Arizona next week to get what he calls ground reports on the state of the pandemic.

DALLAS - Vice President Mike Pence will visit the coronavirus hotspots of Texas, Florida, and Arizona next week to get what he calls ground reports on the state of the pandemic.

He will be in Texas Sunday and will give a message at First Baptist Dallas.

First Baptist Dallas Pastor Robert Jeffress said Pence’s visit has been in the works for a year now.

People will have their temperatures screened as they arrive, and he is encouraging everyone to wear a mask.

“Not a campaign rally, a patriotic worship service to celebrate God's blessing on our country,” Jeffress said. 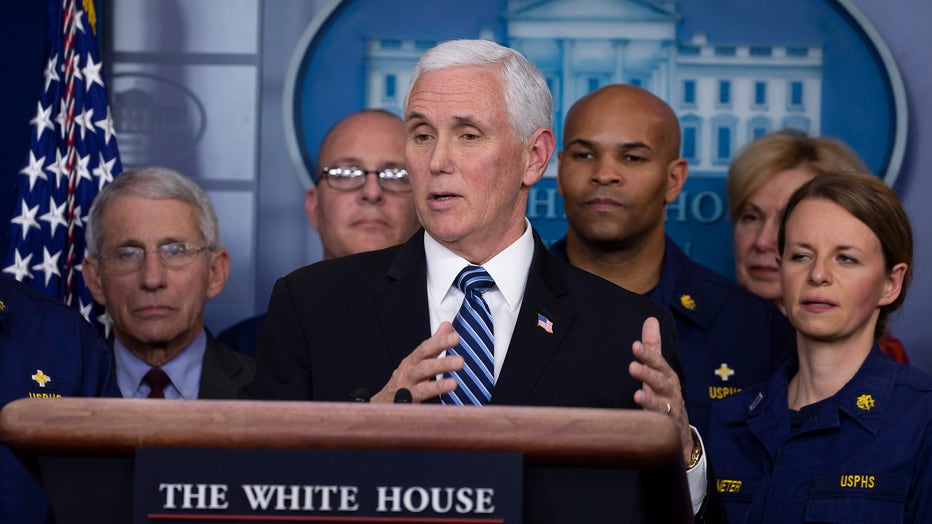 WASHINGTON, DC - MARCH 15: Vice President Mike Pence speaks to the media in the press briefing room at the White House on March 15, 2020 in Washington, DC. The United States has surpassed 3,000 confirmed cases of the coronavirus, and the death toll c

While Pence is expected to give a briefing on Texas' response to COVID-19 later on Sunday, his visit to First Baptist Dallas is set to focus on faith.

“He's going to talk about importance of religious liberty and share about his own faith journey,” Jeffress said.

Even though the event is called Celebrate Freedom, Pastor Jeffress said now is a time Christians may need to give up some freedoms to protect others.

“Paul said over and over, I'm going to give up my rights and freedoms for the benefit of others,” he explained.

Jeffress said he would like for Governor Greg Abbott to make wearing masks in church mandatory.

“It would make it easier to enforce what should be a common concern,” he said.

In a briefing Friday, Pence expressed concern about the recent spike in cases.

“We now have begun to see cases rise precipitously across the south,” he said.

Pence said he supported Gov. Abbott's measures to roll back the some of the state's opening efforts.

“I know the governor of Texas announced some new measures this morning, which we fully support,” he said.

“We'd all be better served if those leading the response were at their desks working their butts off instead of having political rallies,” Jenkins said.