In one angle of the surveillance video, a group of men can be heard yelling at Emmett before he is seen running down the street. A man then appears to point and fire a gun.

From another angle, a group of men can be seen approaching Emmett as he's sitting inside his Range Rover at his Old East Dallas home.

The video shows a struggle before Emmett gets out of the car and is seen running away before getting shot in the back.

After the shooting, a witness says two people got into a Chrysler 300 and sped off. 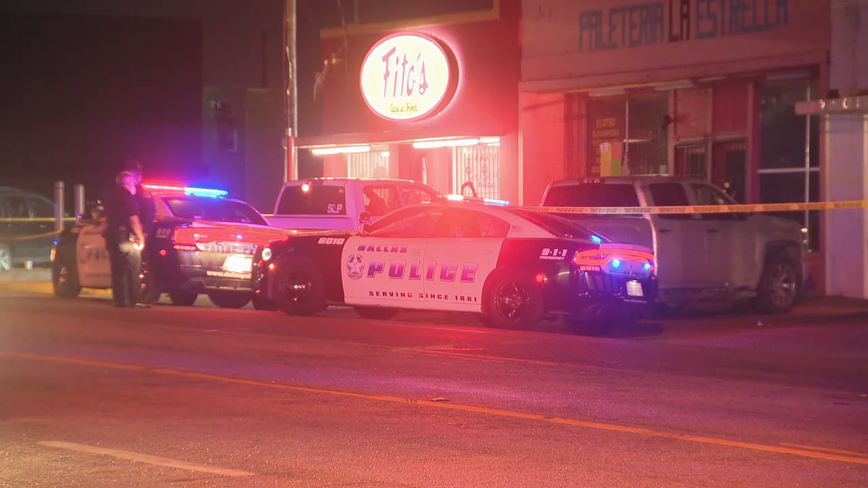