The Van Cliburn Competition brings a lot of prestige to North Texas, but it has an even bigger reach around the world.

FORT WORTH, Texas - The world's premier piano competition has reached the semi-final stages in Fort Worth.

The Van Cliburn Competition brings a lot of prestige to North Texas, but it has an even bigger reach around the world.

From Bass Hall in Downtown Fort Worth to every corner of the globe — literally.

Semifinals of the 16th Van Cliburn International Competition are underway.

Its global webcast charts 1.8 million views in more than 90 countries.

"Basically, my job is to get the show, everything that hits the air is basically my job to get up and maintain the quality," he said. "It’s a large, complicated machine with 12 cameras, a mixture of robotic cameras and operated cameras." 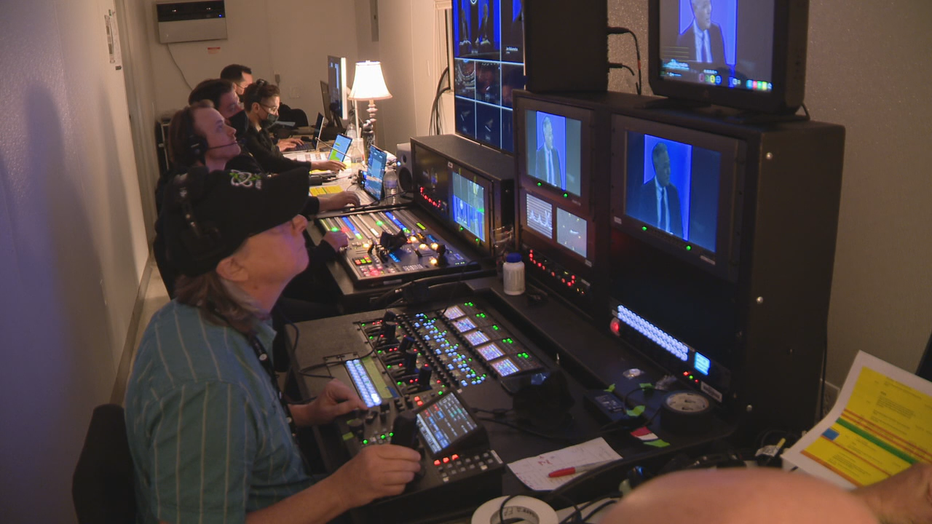 The operation, which brought along its own production trailer, is in sync with four hosts.

Fort Worth pianist Buddy Bray quarterbacks Thursday’s performances. The webcast will also feature expert analysts who will join him, including past Van Cliburn winners and more.

"We have correspondents going out. So basically outside the music, we are jam-packing that with all of this ancillary content, piano, what technically makes a piano, arts in Fort Worth. Things that support how this community is built," Pierce said.

The six remaining competitors are all under 30 years old. One of them will have their life changed as the world bears witness.

"There’s a lot riding on it for these kids. They want this to be their career. They want to play concerts for a living," Bray said. "So they are hyper-focused of what they’re doing but also the atmosphere that surrounds it. It’s a very hard thing they’re doing, but the atmosphere surrounding it is so celebratory. It’s such a festival in a way. I think it brings out the best of Fort Worth."