A former West Mesquite High School football player was killed hours after he played in a game for the University of Utah.

MESQUITE, Texas - A University of Utah football player from Mesquite has been killed in a shooting at a house party in Salt Lake City early Sunday.

Police said the shooting that killed Aaron Lowe happened just after midnight, in the Salt Lake City neighborhood of Sugar House. It was just hours after the Utes beat Washington State 24-13.

Police said another victim was in critical condition and authorities are searching for a suspect. While no arrests have been made, police believe the suspected shooter showed up uninvited.

Lowe appeared in 16 combined games on special teams his first two seasons and played in all four games this season.

Lowe was the first recipient of a memorial scholarship created to honor former Utah player Ty Jordan, a 19-year-old tailback who died after an accidental shooting in Denton last year. 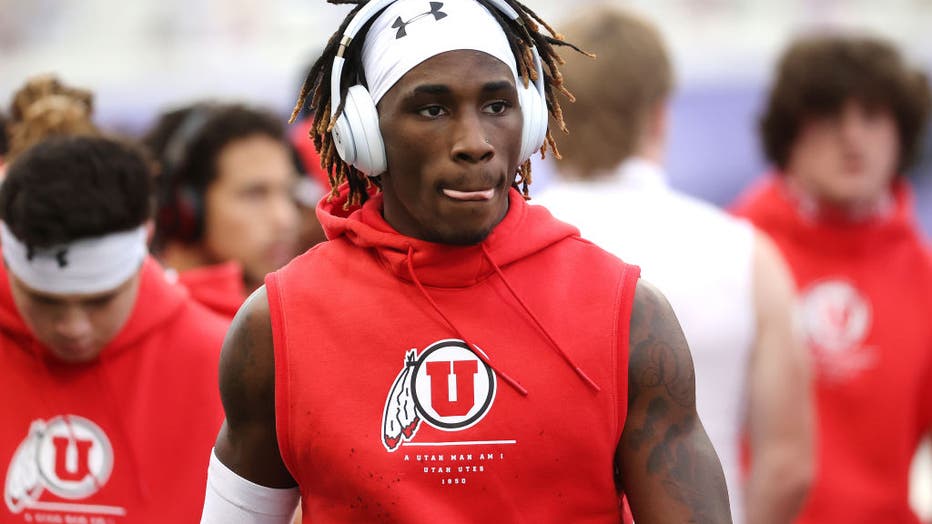 SEATTLE, WASHINGTON - NOVEMBER 28: Aaron Lowe #2 of the Utah Utes looks on before their game against the Washington Huskies at Husky Stadium on November 28, 2020 in Seattle, Washington. (Photo by Abbie Parr/Getty Images)

After Jordan died, Lowe switched his jersey number from No. 2 to No. 22 to honor his friend.

Lowe and Jordan were best friends and teammates, both in Utah and at West Mesquite.

Lowe was at Jordan’s funeral at AT&T Stadium in January and carried Jordan’s casket.

The final image Erin Lowe has of his triplet brother was Saturday night on the TV screen watching Utah beat Washington State.

"He was so amazing in so many ways. That was like my best friend," Lowe said.

He got the call early Sunday morning his 21-year-old brother was murdered.

"I was just laying, looking at the ceiling before the call came through, staring at the ceiling. I don’t know how to put it and I don’t want to say I felt it, but something wouldn’t let me sleep that night," Lowe said. "Somebody so young, doing so good in his life can be taken away by a senseless crime."

"Worked hard, he came in early, left late. An amazing kid," he said.

For him, it’s bigger than football.

"It’s not about X’s and O’s. It’s about teaching these guys how to be great citizens and how to handle conflict," Lee said.

West Mesquite and Utah are mourning two young lives in less than a year, with the Lowe family now planning a funeral of their own.

"The gun violence has got to stop," Lowe said.

"We are devastated to hear about the passing of Aaron Lowe," Utah head coach Kyle Whittingham said in a statement. "Our thoughts and prayers are with Aaron’s family and friends, along with the other individual who was harmed in this tragic incident. Aaron was a great teammate, friend, brother and son and was loved by anyone who crossed paths with him. He will be deeply missed."

"Aaron was a talented athlete, fierce competitor, respected teammate, friend, and a loving son and brother. Aaron was also the first recipient of the Ty Jordan Memorial Scholarship which makes his death even more difficult. We mourn this senseless loss and will do all we can to comfort Aaron’s family," University of Utah President Taylor Randall said in a statement.