The promising football player died on Christmas Day after accidentally shooting himself.

Jordan was a freshman running back at the University of Utah.

The entire team flew to North Texas to honor his life.

Loved one shared stories and fond memories with the crowd of well-wishers.

"Bless us who have suffered this great loss, and may we find comfort in your arms of love," one speaker said.

Hundreds gathered on the field at AT&T Stadium and sat socially distant to honor Jordan’s life. 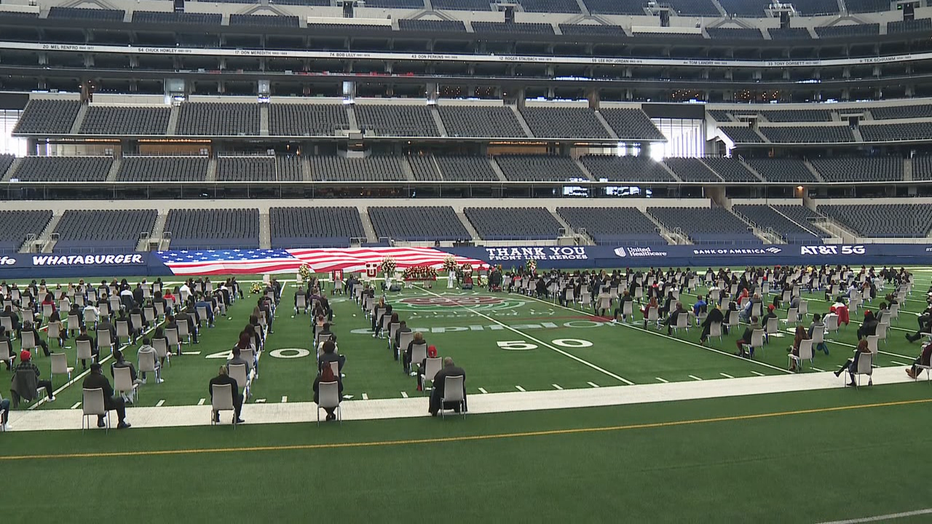 The West Mesquite High School graduate was a promising freshman at the University of Utah.

Jordan was back in North Texas on Christmas, when Denton police said he accidentally shot himself in the abdomen.

"I can't explain to you the pain when I heard the words from the nurse’s mouth, and the kind of pain I still feel," Jordan’s brother, Juan Moore, said.

The University of Utah football team came to pay their respects in person. Jordan was dressed in his football uniform.

"Wow, energetic, infectious smile. Infectious personality, sparkle in his eyes. Just one of those guys who lights up a room," Utah's football head coach Kyle Whittingham said of Jordan.

At the end of the service, Jordan’s teammates carried his casket to the end zone so he could have one final touchdown. 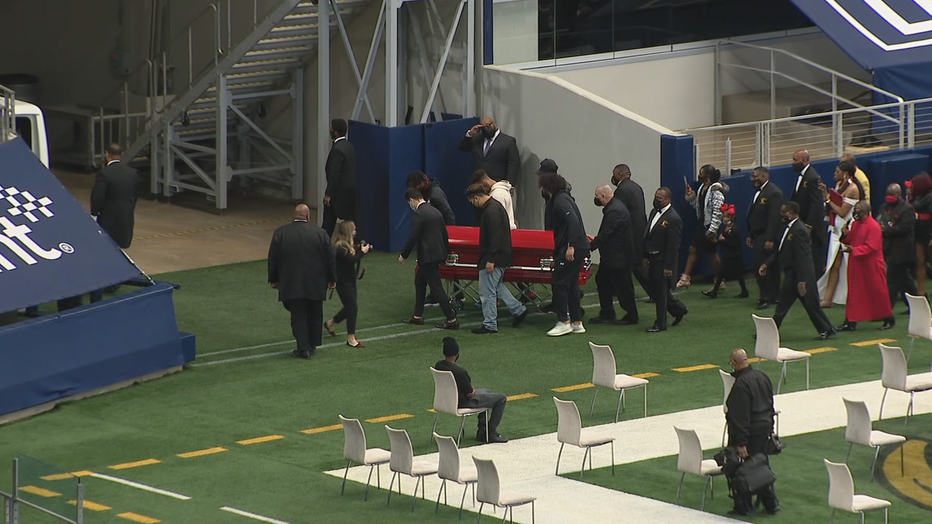 Afterwards, family and friends reminisced about the promising young man.

"As handsome as he was, my heart just breaks my heart, hurts feeling like he's been ripped away from us," said Shaquita Henderson, who is Jordan’s stepmother.

"It was hard seeing my brother leave, but I'm grateful he had so many supporters that were here," Jordan’s sister, Angel Jenkins, said. "And I'm happy he was able to inspire so many lives. He was awesome. I'm really going to miss him."

Jordan's mother died last year, so the family has been dealing with a lot of grief.

At the end of the service, fireworks were shot up into the sky as a final sendoff for the young man.