Former West Mesquite football star&nbsp;Ty Jordan, who was the 2020&nbsp;Pac-12 Offensive Freshman Player of the Year at&nbsp;the University of Utah, has died at the age of 19.

DENTON, Texas - Former West Mesquite football star Ty Jordan, who was the 2020 Pac-12 Offensive Freshman Player of the Year at the University of Utah, has died at the age of 19.

The university confirmed Jordan's death, but did not release further details.

The Tarrant County Medical Examiner's Office reported he died in what police are calling an accidental shooting, where Jordan shot himself in Denton on Christmas.

Denton police said officers were called to an apartment in the 1100 block of Avenue B for a shooting call.

Responding officers found a victim who had been shot once.

The victim, who the medical examiner identified as Jordan, was taken to a hospital, where he later died.

Investigators said they believe the gun was "accidentally discharged by the victim." 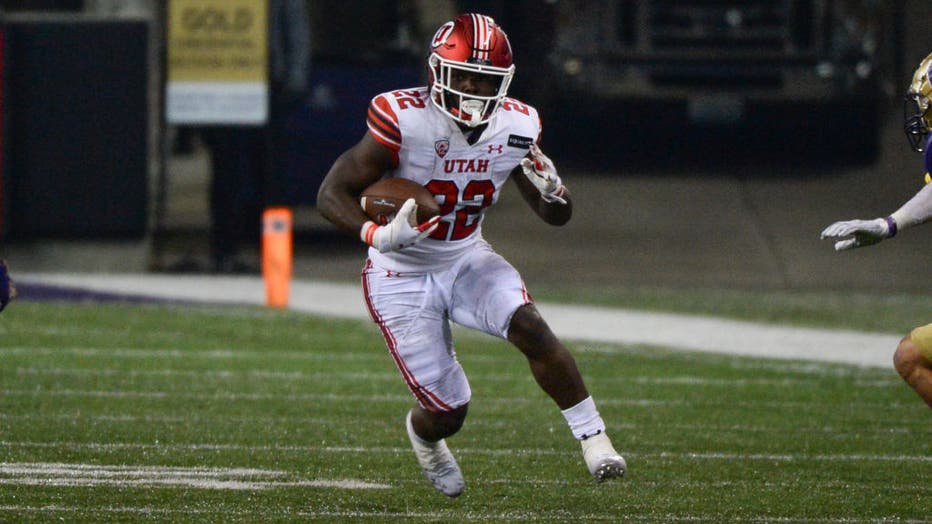 SEATTLE, WA - NOVEMBER 28: Utah Utes running back Ty Jordan (22) runs the ball during a PAC12 football game between the Utah Utes and the Washington Huskies on November 28, 2020, at Husky Stadium in Seattle, WA. (Photo by Jeff Halstead/Icon Sportswir

"Words cannot express the devastation and heartache that our team is feeling right now upon learning of the tragic death of our teammate and brother, Ty Jordan. Ty's personality and smile were infectious and he made a huge impact on our program in the short time he was with us. He leaves an indelible mark on each of us and our thoughts and prayers go out to his family and friends.  From the bottom of our hearts, all of us in the Utah Football Family want to say we love you Ty and may you rest in peace."

Jordan was involved in a great showing of sportsmanship last year, when he played for West Mesquite High School.

After the game between Sherman High School and West Mesquite, Sherman's Gage Smith prayed with Jordan, whose mom was battling cancer.

"When his mom was diagnosed that when our bond really started, and we became better friends then we thought we were going to," Smith recalled.

Jordan was a rising star on the college football, but people who knew him said he was an even better person.

"His highlights on the field they are outstanding, you could see the talent the kid had. In my opinion, he was going to make it," Smith said.

The 19-year-old rushed for nearly 600 yards in only five games with the Utes this season.

This year has been tough for Jordan and his family.

His mother died in August.

In the midst of loss, everyone who knew him said he still had an infectious smile, wherever he went.

"It’s not hard to say this, but it’s hard to imagine, just how good of a football player this kid is, he's even better of a person," Smith said.

While his death was sudden, Smith said the impact Jordan already made on the lives of many will be what he is remembered for.

"There was never one time where he would just shut you off, he wanted the best for a lot of people," Smith said. "I’m blessed that I knew him from the time that I did know him."