A criminal complaint alleges that Smith discussed his plan to kill far-left-leaning "antifa" activists and described how to build a bomb that could be triggered by calling a cellphone. They accuse him of posting on Facebook that he was interested in traveling to Ukraine to fight with a paramilitary group known as Azov Batallion.

In an online chat group, Smith allegedly discussed in August with a confidential source a plan to conduct an attack within the United States and said he was looking for more "radicals" like himself, the complaint alleges. He talked about destroying nearby cell towers or a local news station.

In an interview before his arrest, Smith told investigators he knows how to make improvised explosives devices and that he routinely provides instruction on building them. He stated he did this to cause "chaos."

Lt. Col. Terry Kelley, with the 1st Infantry Division Public Affairs at Fort Riley, said in a statement that Smith has been assigned to Fort Riley since June 2019. He previously served at Fort Bliss, Texas, from November 2017 to June 2019. He entered the Army from Conway, South Carolina, as an infantryman and completed training at Fort Benning, Georgia. He has not deployed. 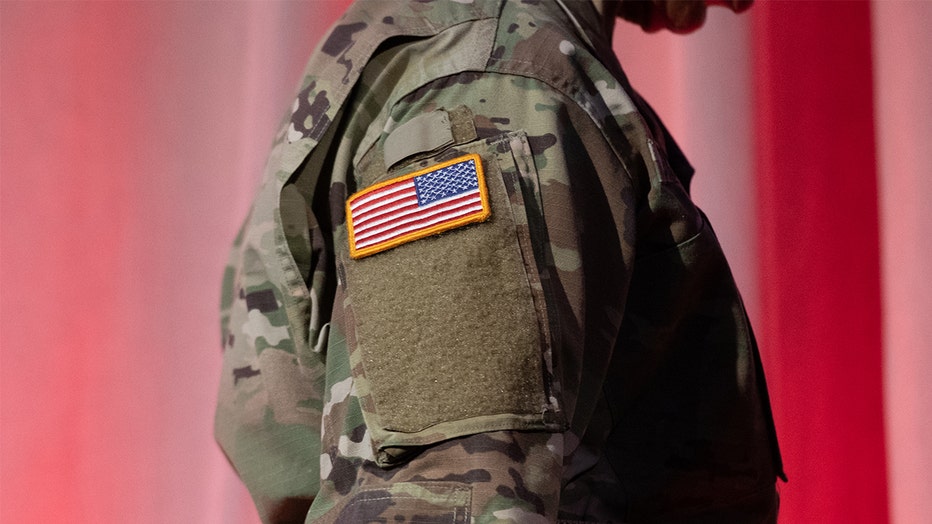 FILE: A U.S. Army soldier was charged with sharing bomb-making instructions online, according to federal authorities, who said the soldier also discussed the possible bombing of a media organization. (Noam Galai/Getty Images)

In one exchange Friday with an FBI undercover agent on the encrypted messaging service Telegram, Smith discussed using various household chemicals and commonly available equipment to make a bomb.

"That's the best way to fight people," Smith is quoted in the complaint. "Making AK-47s out of expensive parts is cool, but imagine of you will if you were going to Walmart instead of gun store to buy weapons."

During that same exchange, Smith allegedly sent the agent instructions for building a "Middle East style bomb" that if big enough can destroy U.S. military vehicles. An FBI bomb technician later determined the specific instructions could have constructed a viable device.

When the undercover agent asked Smith if there was anyone in Texas that would be a good fit for "fire, destruction and death," Smith reportedly replied, "Outside of Beto? I don't know enough people that would be relevant enough to cause a change if they died" — an apparent reference to former Texas Rep. Beto O'Rourke, who is running for the Democratic presidential nomination.

If convicted of the charge, Smith could face up to 20 years in prison and a fine of up to $250,000, according to the U.S. attorney's office.