This week saw encouraging results from a vaccine trial and discouraging increases in COVID-19 case counts.

WASHINGTON (AP) - Hackers working with the Chinese government targeted firms developing vaccines for the coronavirus and stole hundreds of millions of dollars worth of intellectual property and trade secrets from companies across the world, the Justice Department said Tuesday as it announced criminal charges.

The indictment does not accuse the two Chinese defendants of actually obtaining the coronavirus research, but it does underscore the extent to which scientific innovation has been a top target for foreign governments and criminal hackers looking to know what American companies are developing during the pandemic. In this case, the hackers researched vulnerabilities in the computer networks of biotech firms and diagnostic companies that were developing vaccines, testing kits and antiviral drugs.

The charges are the latest in a series of aggressive Trump administration actions targeting China. They come as President Donald Trump, his reelection prospects damaged by the coronavirus outbreak, has blamed China for the pandemic and as administration officials have accelerated their warnings about alleged efforts by Beijing to steal intellectual property through hacking and to seek to influence American policy.

The indictment includes charges of trade secret theft and wire fraud conspiracy against the hackers, former classmates at an electrical engineering college who prosecutors say worked together for more than a decade targeting high-tech companies in more than 10 countries.

The hackers, identified as Li Xiaoyu and Dong Jiazhi, stole information not only for their personal profit but also that they knew would be of interest and value to the Chinese government, federal prosecutors say.

In some instances, according to the indictment, they provided an officer for a Chinese intelligence service with whom they worked email accounts and passwords belonging to clergymen, dissidents and pro-democracy activists who could then be targeted. The officer, in turn, provided malicious software after one of the hackers struggled to compromise the mail server of a Burmese human rights group.

The two defendants are not in custody, and federal officials conceded Tuesday that they were not likely to step foot in an American courtroom. But the indictment carries important symbolic and deterrence value for the Justice Department, which decided that publicly calling out the behavior was more worthwhile than waiting for the unlikely scenario in which the defendants would travel to the U.S. and risk arrest.

The hacking began more than 10 years ago, with targets including pharmaceutical, solar and medical device companies but also political dissidents, activists and clergy in the United States, China and Hong Kong, federal authorities said.

The charges were brought as Trump administration officials, including national security adviser Robert O'Brien and Attorney General William Barr, have delivered public warnings about what they say are Chinese government efforts to use hacking and other tools to steal trade secrets for Beijing's financial benefit.

The hacking is part of what Assistant Attorney General John Demers, the Justice Department's top national security official, described as a sweeping effort to “rob, replicate and replace" strategy for technological development.

In addition, he said, “China is providing a safe haven for criminal hackers who, as in this case, are hacking in part for their own personal gain but willing to help the state — and on call to do so." 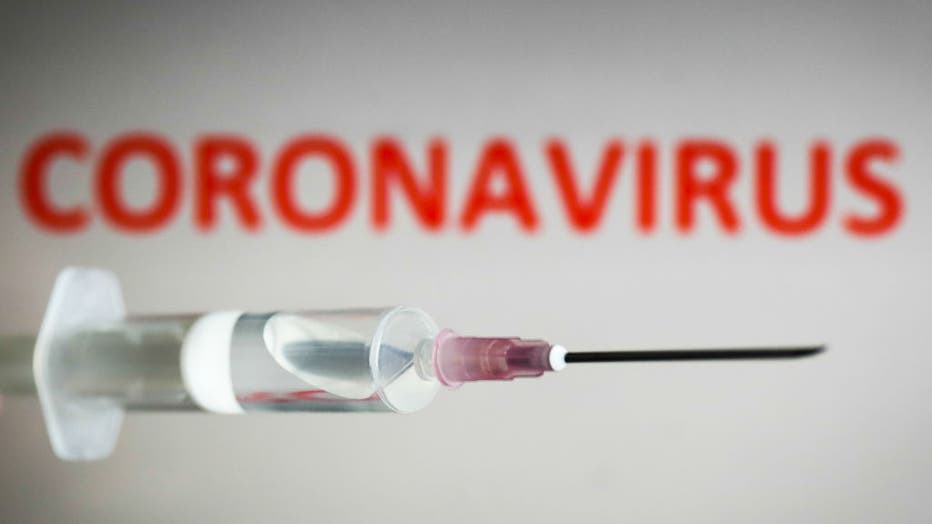 Medical syringe is seen with 'coronavirus' sign displayed on a screen in the background in this illustration photo taken in Poland on July 20, 2020. (Photo Illustration by Jakub Porzycki/NurPhoto via Getty Images)

The charges are the first from the Justice Department accusing foreign hackers of targeting scientific innovation related to the coronavirus, though U.S. and Western intelligence agencies have warned for months about those efforts.

Last week, for instance, authorities in the U.S., Canada and the United Kingdom accused a hacking group with links to Russian intelligence of trying to target research on the disease, which has killed more than 140,000 people in the United States and more than 600,000 worldwide, according to figures compiled by Johns Hopkins University.

The indictment describes multiple efforts by the hackers to snoop on biotech firms and other companies engaged in coronavirus-related research, though it does not accuse them of having success in any theft.

Prosecutors say the defendants in January conducted reconnaissance on the computer network of a Massachusetts biotech firm known to be researching a potential vaccine, and searched for vulnerabilities on the network of a Maryland firm less than a week after it said it was conducting similar scientific work.

The indictment, unsealed Tuesday, was returned earlier this month in federal court in the Eastern District of Washington. The hacking described in the indictment was first discovered at the Department of Energy's Hanford Site in that state.

An email sent by The Associated Press to the Chinese Embassy in Washington, D.C., seeking comment on the hacking charges got no immediately response.

Ben Buchanan, a Georgetown University professor and author of “The Hacker and the State,” said that though the U.S. has made clear its views on what kinds of economic espionage are permitted and not permitted, it is unclear where it draws the line on espionage related to the coronavirus or what kind of espionage the U.S. conducts.

He said he was not sure that this indictment, without other meaningful consequences, will get China to stop.

“The upside of spying in this way is simply too high for many governments to pass up,” Buchanan said in an email.