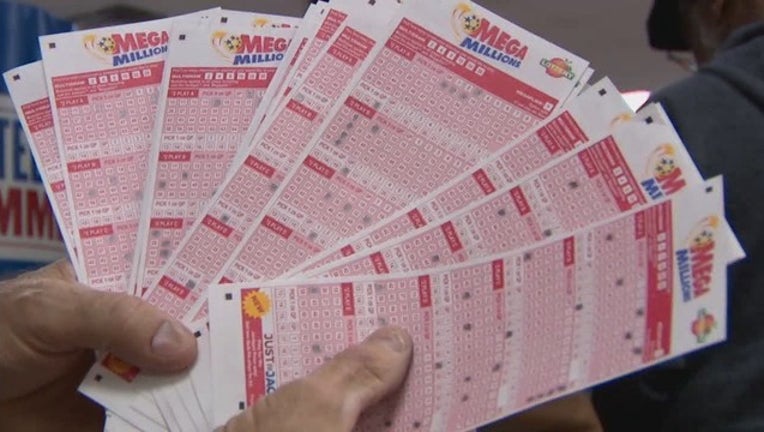 PLANO, Texas - Time is running out for a lucky North Texan to claim a $1 million Mega Millions jackpot.

The Texas Lottery Commission said someone purchased a Quick Pick ticket at the RaceTrac on Park Boulevard in Plano in July.

The winner has yet to claim the $1 million prize for matching everything but the gold Mega Ball number, which was 14.

He or she has until Jan. 25 at 5 p.m. to claim the money at the Texas Lottery Claim Center.

Mega Millions after taxes: How much the winner could actually take home in Texas

"The July 29, 2022 Mega Millions drawing was historic – the advertised $1.28 billion jackpot was the second largest in game history – and we certainly hope to celebrate these Texas Lottery players who became $1 million prize winners during that drawing," said Gary Grief, executive director of the Texas Lottery. "We encourage our Mega Millions players to take another look at their tickets, check the numbers again, and if your numbers match, sign the back of the ticket before claiming your prize at a Texas Lottery claim center."

If the money isn’t claimed before the deadline, it will help fund state programs selected by the Texas Legislature.