Uber is backing away from its plans for a mega office in Dallas.

DALLAS - Uber is backing away from its plans for a mega office in Dallas.

The company confirmed Thursday it plans to have only 500 employees at its new offices in Deep Ellum instead of the promised 3,000.

The decision means Uber will be giving back $30 million worth of government incentives.

Those incentives were tied to the promise of 3,000 high paying jobs, and commitments for those employees to live and work in Dallas.

"Given the dramatic impact of the pandemic, we are concentrating our efforts on our core mobility and delivery platforms and resizing our company to match the realities of our business," an Uber spokesperson said in a statement.

Uber’s decision to open its second largest hub in Dallas was celebrated in 2019 with an event featuring Gov. Greg Abbott and Mayor Eric Johnson.

"The decision to be in Dallas was driven by partnership with state of Texas," Uber CEO Dara Khosrowshahi said then. 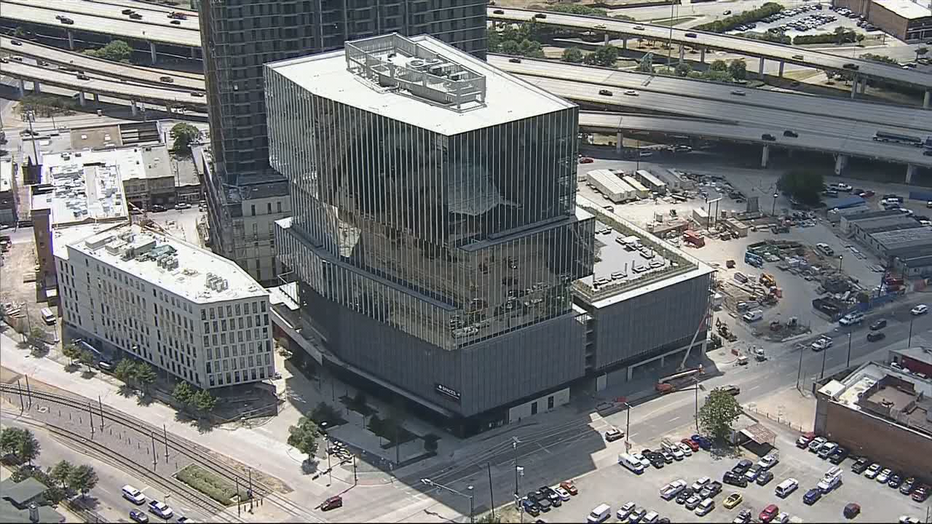 At the time, the company was making plans for driverless cars and even flying taxis.

But now, Uber is ending its partnership with the state, city, and county.

A partnership worth more than $30 million in incentives based on Uber's ability to hit certain hiring and salary goals.

It's a call that may not be entirely to blame on the pandemic.

SMU economist Mike Davis said even in 2019, there were doubts about the company’s ability to deliver the promised jobs.

"I think it was a longshot even in 2019, because remember, Uber had never earned a profit," Davis said.

The groundbreaking came months after the company had laid off 1,000 employees, so the pandemic hit Uber especially hard.

"If bars and restaurants are closed, hotels not full, airlines not transporting, Uber will not do well at all," Davis explained.

While the work from home environment is having an impact on office buildings around the world, Davis does not think Uber's hub downsizing will become a trend for other Dallas businesses.

"Also found out central offices do matter. Zoom is good, but there is an important element when people meet face to face," he said.

A memo from the city's chief of economic development says the city will ask for repayment.

The company confirmed Thursday it plans to have only 500 employees at its new offices in Deep Ellum instead of the promised 3,000.

"I am disappointed but not surprised by Uber's decision, considering the significant economic toll of the COVID-19 pandemic," Mayor Johnson said in a statement.

According to state records, there is no indication Uber received a much larger incentive from the Texas Enterprise Fund.

"Many of the jobs they planned to move here were for Elevate, which is their air taxi service they hope to launch and another back office function of Uber, those two pieces of business were sold off during the pandemic, so that is unique to this," Dallas County Judge Clay Jenkins.

Jenkins said while the loss of jobs is unfortunate, he’s optimistic about the future.

"The companies that are looking here are all in a non-disclosure agreement, but I can tell you that you are going to see some big companies move here, some jobs be created," he explained.

Dallas City Councilman Tennell Atkins is the chair of the Economic Development Committee.

He said the city is requesting Uber repay its investment.

"Right now, we do not have to offer Uber any type of incentive from the taxpayer to get there. We put about $25,000 that we wrote them, they’re going to reimburse us for the money," he said.

The city said Uber currently has 200 employees at the Deep Ellum location.

It’s unclear when the next 300 or so employees will be hired.

It's official: Uber to open new corporate hub in Dallas

From 2019: Uber to open new corporate hub in Dallas