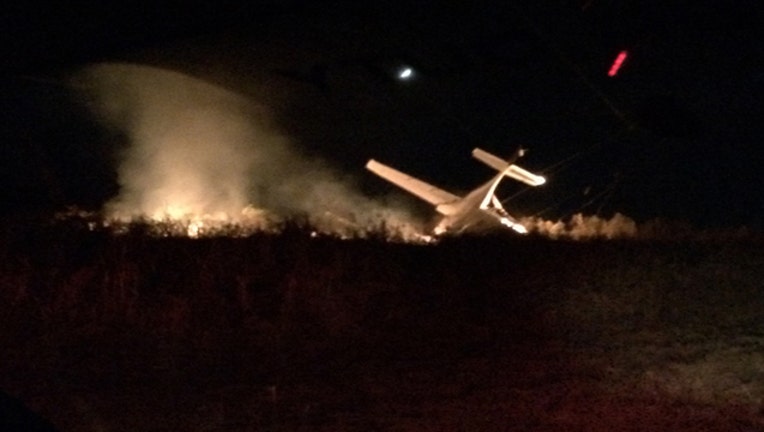 The passenger was injured and was taken to the hospital.

The passenger’s condition is not known.

The pilot was unharmed.

Firefighters are working to put out a grass fire that was started by the plane crash.