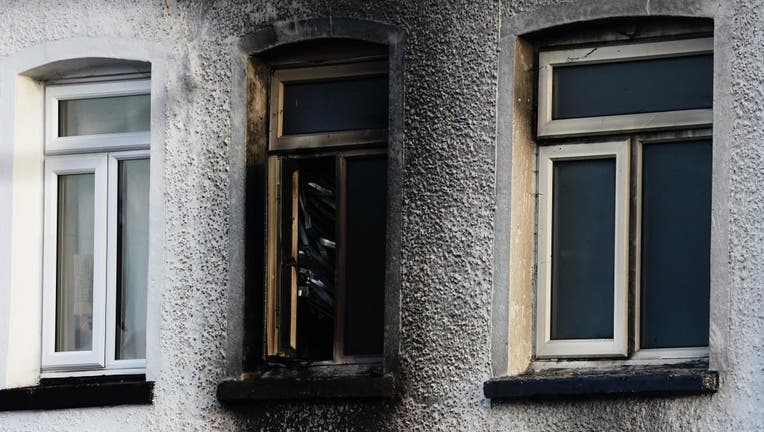 The scene in Sutton, south London, where four children died following a fire at a house on Dec. 17, 2021. (Photo by Aaron Chown/PA Images via Getty Images)

LONDON - A 27-year-old woman was arrested on suspicion of child neglect after two sets of young twins were killed in a fire that ripped through a London home, British authorities said.

The fire was reported Thursday night in Sutton, a residential area in South London. Roughly 60 firefighters descended on the home and brought the children out, ages 3 and 4.

The kids were treated at the scene and taken to a hospital, where they were pronounced dead, officials said. No one else was found inside the home.

The children are believed to be related.

"This is an incident that has left everyone numb with profound sadness," London Fire Commissioner Andy Roe said. "My thoughts are with the family and friends of the children, the whole local community and all those who will be affected by this fire."

Roe said the firefighters were being offered counseling as a priority. Some fire crew had followed the ambulance to the hospital to make sure resuscitation efforts were not interrupted, according to the BBC.

The cause of the fire remained under investigation. The woman, whose name was not released, remained in police custody, according to the BBC.

British Home Secretary Priti Patel wrote on Twitter that her "thoughts and prayers are with the families and loved ones of the four young children."

Westbourne Primary School in Sutton, where two of the boys attended, also issued a statement to the news outlet, saying it would "continue to support the children, the staff, the families and the community through these very difficult times."