A dog from North Texas that had a difficult start in life is now helping some youngsters in another part of the country. FOX 4's Brandon Todd has an update on Tobi the Wonder Dog.

FORT WORTH, Texas - A dog from Fort Worth that captured the hearts of FOX 4 viewers has a new purpose inspiring some amazing kids in Virginia.

Two years ago, an Australian miniature shepherd was dropped off at the Humane Society of Fort Worth after being born with no front legs.

The organization gave him the nickname Tobi the Wonder Dog because of what he’s had to overcome.

Donations by FOX 4 viewers helped give him his first set of wheels.

RELATED: Donations pour in to help Tobi the two-legged dog get new wheels 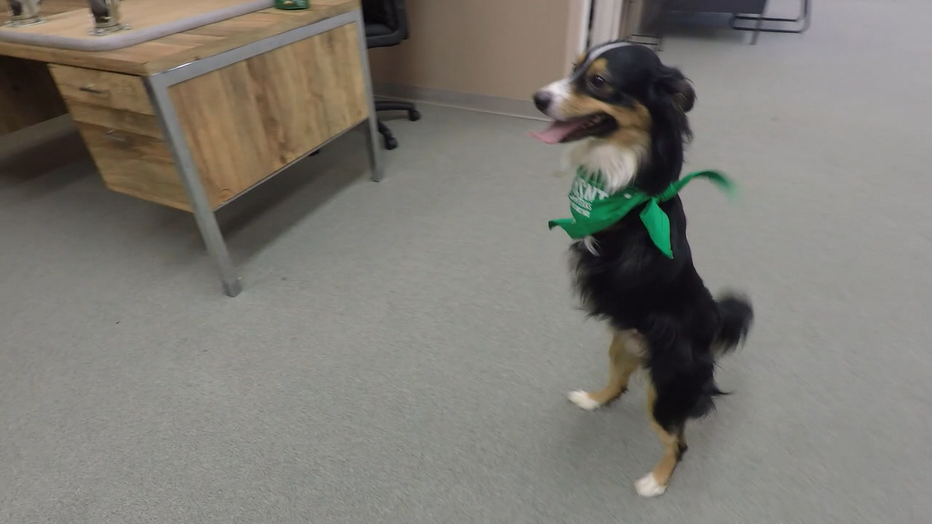 "He hasn't slowed down at all, you know. I kept thinking by the time he turns three he'll be a little slower, but he is still just raring to go every morning," said Paige Bradford, a teacher in Arlington, Virginia who gave him a home.

RELATED: Tobi the two-legged dog gets new set of wheels

"We have our pandemic routine. Every morning he gets up at 6 o'clock and he has a good 30 minutes of being pet," Bradford said.

She is a special education teacher who quickly realized Tobi’s true calling. For the past few years, he’s been a constant source of inspiration and encouragement for her students. 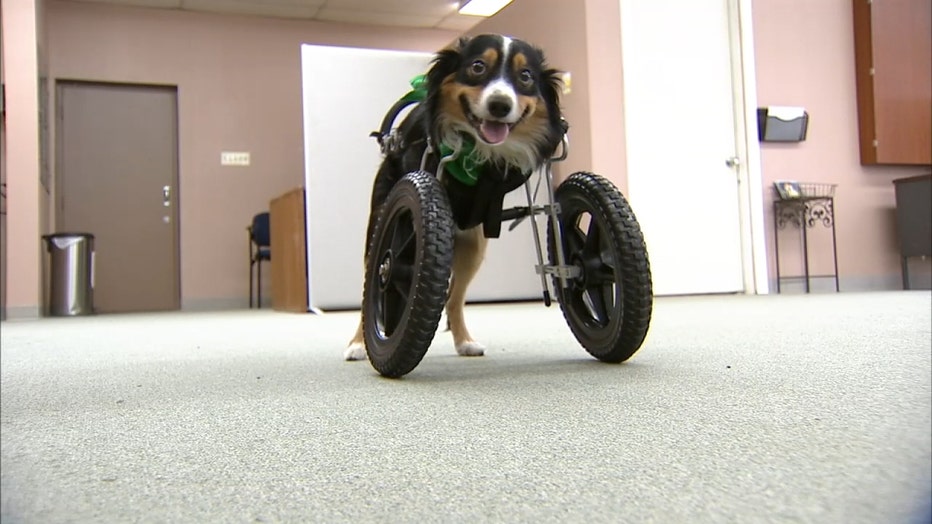 The pup with a purpose even inspired a visually impaired student to learn the alphabet.

RELATED: Tobi the two-legged dog will become a therapy dog

"This little girl immediately learned the letter 'T.' And we would do these little drills every day where I would show the letters and she would be like when's it gonna be time for 'T' for Tobi?" Bradford said.

One boy with partial paralysis returned to class after a procedure and couldn’t wait to see Tobi.

"After he had the surgery he came in. He was like, ‘I'm gonna get that pincher grasp and I'm gonna give Tobi a treat,’" Bradford said. 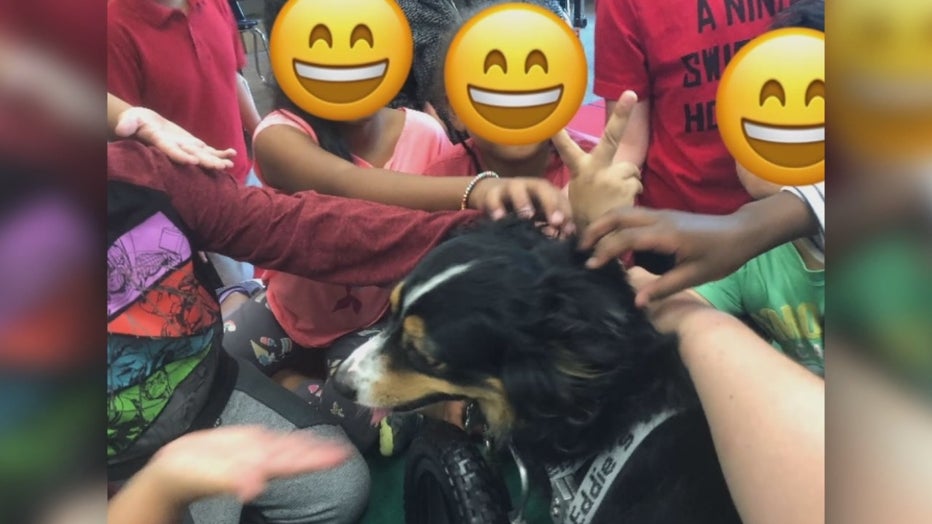 The pandemic and virtual learning reduced Tobi to webcam appearances only. But the canine class connection was still there.

Bradford said the children see that Tobi has overcome his obstacles in life and so can they.

"Being disabled isn't a bad thing. It's not something that people should be ashamed of or something that limits you to the point where you can't ever do anything or accomplish things. You just have to do things a little differently. And sometimes obviously there are some things that you need help with of course but it doesn't mean that you can't accomplish all the things you want to accomplish and do the things you want to do," she said.

The students who are still learning virtually said they’re looking forward to when they can get back to class to pet Tobi. 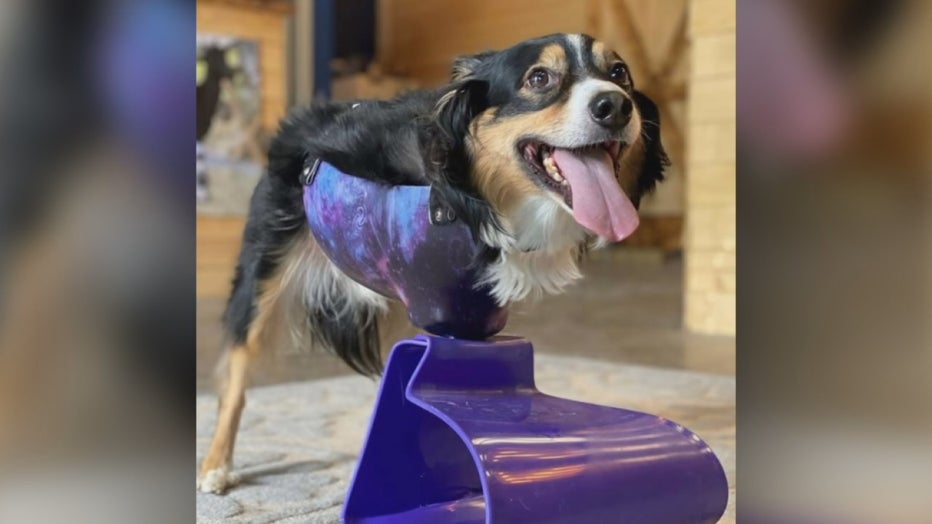