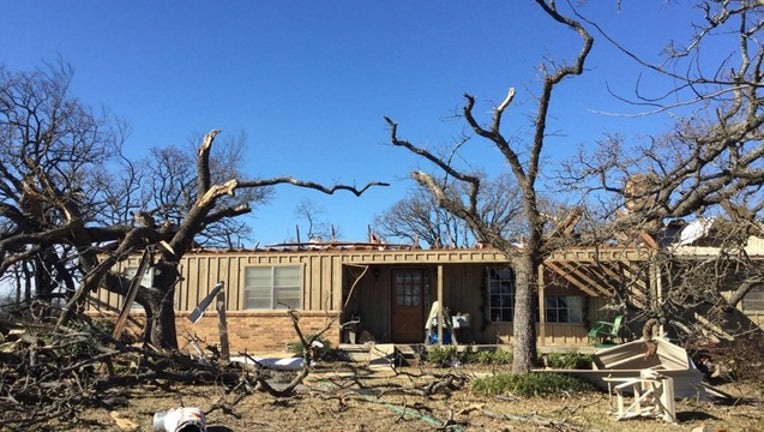 A storm survey team says evidence shows an EF-1 tornado touched down near Mineral Wells in Palo Pinto County and another one near Peaster in Parker County.

The survey team says both tornadoes were on the low end with winds gusts estimated at 86-90 miles an hour. No injuries were reported from either of the tornadoes.

Straight-line winds are to blame for the rest of the damage across North Texas. One modular home as blown over in Johnson County with a woman inside. She received only minor injuries.

Almost 70 aircraft and 13 hangars were damaged at the Grand Prairie Municipal Airport, and an Amazon warehouse near DFW Airport also received extensive damage.