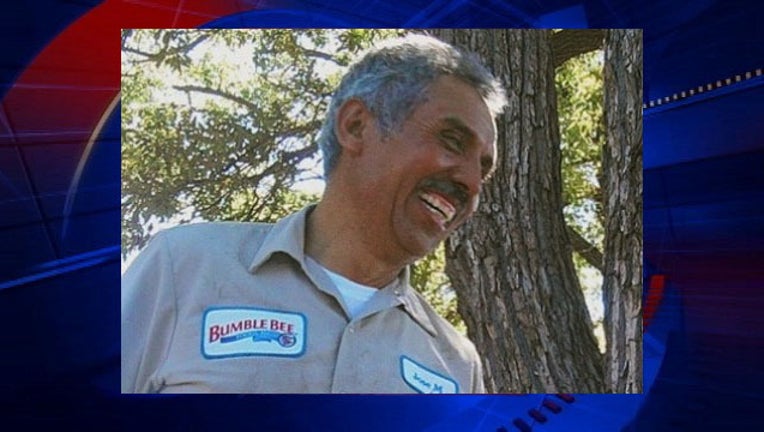 Bumble Bee Foods and two employees were charged Monday by Los Angeles prosecutors with violating safety regulations in the death of a worker who was cooked in an industrial oven with tons of tuna. Jose Melena was performing maintenance in a 35-foot-long oven at the company's Santa Fe Springs plant in October 2012 when co-workers loaded it with 12,000 pounds of canned tuna and turned it on.

Temperatures reached 270 degrees during a two-hour process to cook and sterilize the tuna. The body of Melena, 62, was found when the oven was opened.

The charges specify that the company and the two men willfully violated rules that require: implementing a safety plan; rules for workers entering confined spaces; and a procedure in place to keep machinery or equipment turned off if someone's working on it.

Rodriguez, 63, of Riverside and Florez, 42, of Whittier could face up to three years in prison and fines up to $250,000 if convicted of all charges. Bumble Bee Foods faces a maximum fine of $1.5 million.

The state's occupational safety agency previously cited the San Diego-based company for failing to properly assess the danger to employees working in large ovens and fined it $74,000.

Bumble Bee, which has appealed the penalties, said the state agency found no willful violations in its investigation and that the company improved its safety program after the tragedy.

"We remain devastated by the loss of our colleague Jose Melena in the tragic accident," the company said in a statement. "We disagree with and are disappointed by the charges filed by the Los Angeles district attorney's office."

District Attorney Jackie Lacey said prosecutors and investigators from her office have been going to major industrial accidents to ensure illegal and deadly work practices are prosecuted.