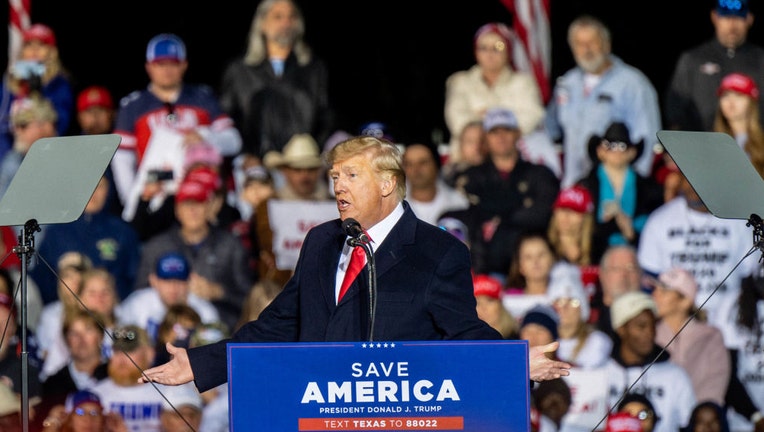 Classified information was found in the 15 boxes of White House records that were stored at former President Donald Trump’s Mar-a-Lago residence, the National Archives and Records Administration said in a letter that confirmed the matter has been sent to the Justice Department.

The Friday letter from the agency follows numerous reports around Trump's handling of sensitive and even classified information during his time as president and after he left the White House. The revelation could also interest federal investigators responsible for policing the handling of government secrets, though the Justice Department and FBI have not indicated they will pursue.

Federal law bars the removal of classified documents to unauthorized locations, though it is possible that Trump could try to argue that, as president, he was the ultimate declassification authority.

No matter the legal risk, it exposes him to charges of hypocrisy given his relentless attacks during the 2016 presidential campaign on Democratic opponent Hillary Clinton for her use of a private email server as secretary of state. The FBI investigated but ultimately did not recommend charges.

In a statement Friday night, Trump said, "The National Archives did not ‘find’ anything, they were given, upon request, Presidential Records in an ordinary and routine process."

"If this was anyone but ‘Trump,’ there would be no story here," he said.

The letter from the archivists in response to the House Committee on Oversight and Reform, which is investigating, also details how certain social media records were not captured and preserved by the Trump administration. And it also says that the agency learned that White House staff frequently conducted official business using unofficial messaging accounts and personal phones.

Those staff did not copy or forward their official messaging counts, as required by the Presidential Records Act. The letter also goes on to reveal that after Trump left the White House, the National Archives learned that additional paper records that had been torn up by the former president had been transferred to the agency.

"Although White House staff during the Trump Administration recovered and taped together some of the torn-up records, a number of other torn-up records that were transferred had not been reconstructed by the White House," the letter continued.

Lawmakers are also seeking information about the contents of the boxes recovered from Mar-a-Lago, but the agency cited the records act as holding them back from divulging.

Rep. Carolyn Maloney, D-N.Y., the chairwoman of the Oversight Committee, said in a statement Friday that "these new revelations deepen my concern about former President Trump's flagrant disregard for federal records law and the potential impact on our historical record."

She added, "I am committed to uncovering the full depth of the Presidential Records Act violations by former President Trump and his top advisors and using those findings to advance critical reforms and prevent future abuses."

The Washington Post first reported that the archivist asked the Justice Department to investigate the discovery of 15 boxes of White House records recovered from Trump at his Mar-a-Lago resort in Palm Beach, Florida, and that the former president had a habit in office of tearing up records both "sensitive and mundane."

House investigators will be looking to see if Trump's actions, both during his presidency and after, violated the Presidential Records Act, which was enacted in 1978 after former President Richard Nixon wanted to destroy documents related to the Watergate scandal.

The law mandates that presidential records are the property of the U.S. government, rather than belonging to the president himself. A statute, punishable by up to three years in prison, makes it a crime to conceal or intentionally destroy government records.