FOX 4's David Sentendry shares the wild but devastating story of a couple who was home when a truck went through their living room in Fort Worth.

FORT WORTH, Texas - Fort Worth police are trying to find two suspects after the truck they were in plowed through a couple’s living room.

It happened early Sunday morning as Michael Garcia and his girlfriend were drifting off to sleep after celebrating the new year.

"Only thing I can remember is when we initially heard the noise, I thought the house was collapsing, he said.

It was a noise unlike anything he’s ever heard.

"I’m talking like it made my ear ring, and I was in the way back," he said. 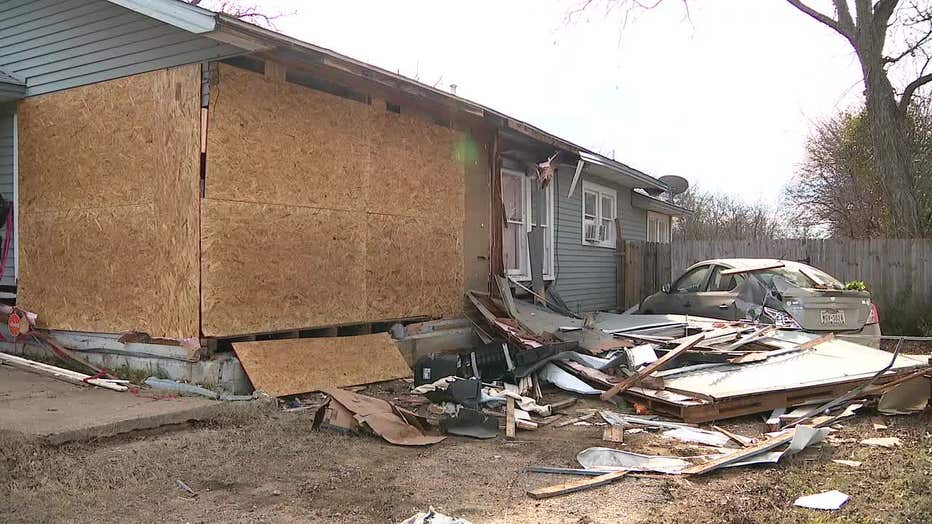 A truck had driven into the living room of their home on Routt Street in Fort Worth.

The driver and his passenger both ran away after the crash.

"Right as I got to the door and realized it, the guys that were in the truck just ran. They just ran," Garcia said. "Jumped through the window and just ran."

Fort Worth police said they are investigating.

The couple has only lived in the rental home for several months but said it contains all sorts of possessions and memories that have been damaged or destroyed.

They know their start to the new year could’ve ended much worse.