Dallas Police says its officers were assisting the US Marshal's with a federal warrant, when the cub was found in the home on Meadow Gate Lane.

DALLAS - Police found a tiger inside of Red Bird home while serving a warrant on Wednesday.

Dallas police said its officers were assisting the U.S. Marshals with a federal warrant, when the cub was found in the home.

Some neighbors were alarmed by the amount of investigators on their street, but then they became even more on edge when they learned a tiger cub was located inside.

"Well, I’ve never heard of a tiger being in a neighborhood," said Adam Henderson, who lives nearby. "That’s how strange it is to me."

Henderson said he had no clue that just one street over, federal investigators seized a tiger cub from a home off Meadow Gate Lane while serving an arrest warrant.

"I wouldn’t want a tiger in this neighborhood. I don’t even like the fact that I heard one being here," he added.

According to the U.S. Attorney’s Office, U.S. Marshals took 30-year-old Devarius Dontez Moore into custody Wednesday on one count of possession of a firearm by a convicted felon. 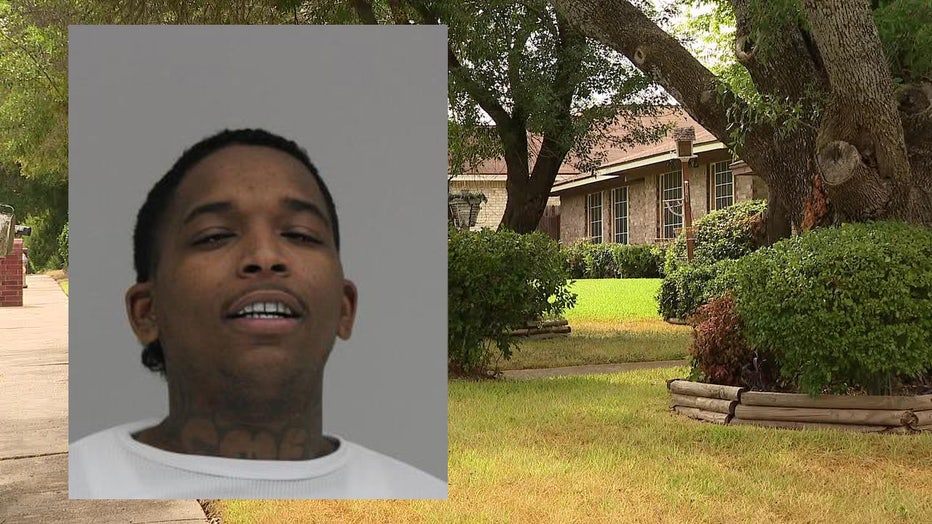 Inside the home, investigators found a tiger cub in a cage and immediately called Dallas Animal Services, who said the tiger is now being held at an undisclosed location.

Moore, who goes by trapboyfreddy on social media, recently posted a photo on Instagram of himself with a tiger cub on a leash.

However, it’s unclear if this tiger cub is the one that was seized.

Once news spread of the find, some neighbors, like Nikkitia Jackson, became skeptical.

"A neighbor called me, told me, ‘Did you hear there’s a tiger running around in your neighborhood?’" Jackson recalled. "And I didn’t take him serious."

READ MORE: The Grand Prairie cobra escaped one year ago, it still has not been spotted

Social media rumors about the so-called ‘Oak Cliff tiger’ spread quickly on Wednesday, sparking concerns that one of the animals at the Dallas Zoo might have escaped.

The zoo posted a tweet saying all of its tigers were accounted for and safe.

Dallas police said the cub never got loose during the arrest.

But to Henderson, it doesn’t matter with an elementary school a block away.

"I’m glad he got handled by the authorities because he shouldn’t have a tiger over here, period," he said.

Moore has a long criminal history in Dallas, dating back a decade.

The city of Dallas and Dallas County prohibit residents from possessing tigers.

It’s still unclear if Moore will face additional charges for owning the tiger.

He is set to go before a federal judge on Friday.