This week, Dallas homicide detectives have asked FOX 4’s Shaun Rabb and our viewers to help Trackdown the person who shot into a group of people killing a young mother from Fort Worth.

DALLAS - This week, Dallas homicide detectives have asked FOX 4’s Shaun Rabb and our viewers to help Trackdown the person who shot into a group of people killing a young mother from Fort Worth.

Surveillance video shows people running and ducking for cover when a man got out of a vehicle and opened fire without caring who he might hit.

The video Detective Chris Walton has really doesn’t help him do his work.

But he knows someone knows who opened fire that June night outside the Fourth Quarter Sports Grill, killing Timeria Jones. He needs the public’s help to do the right thing to help the family of the 22-year-old mother find some peace

“We all hurt every day because that beautiful person is gone and there’s no way we can get her back,” said Deidra Jones about her daughter, Timeria.

Timeria lived in Fort Worth. But on June 2, she was at Fourth Quarter Sports Grill on South Westmoreland in Dallas. 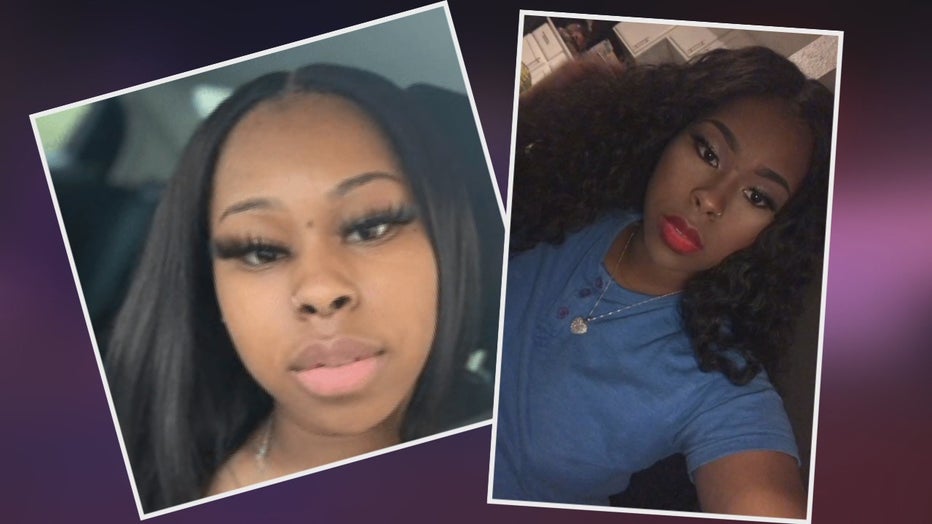 “She was here because she was celebrating one of her friend’s job promotion,” Det. Walton said.

Investigators know Timeria was standing in line with friends on the sidewalk waiting to get in.

“And while standing in line to celebrate a job promotion, someone believed to be a black male wearing a dark hoodie with possibly short dreadlocks, stands right here and opens fire into this crowd,” Walton said.

Spent shell casings littered the parking lot. When the gunfire stopped, Timeria and three others had been shot.

“She fell right there at the sidewalk,” Walton said. “People gathered around and started trying to render first aid to her, but she didn’t survive.”

“She was the baby girl out of all of them and not taking anything away from any of the other kids,” said her father, Tim Jones. “She was the baby. It just hurts all of us because everybody took care of her.”

“I hope and pray that whoever knows something says something and does something,” Deidre said. “Because they need to be caught and somebody needs to pay for what they took from us.”

Det. Walton isn’t certain the color of the vehicle the shooter was in. He hopes that’s where you come in.

Crime Stoppers is putting up the reward.