Dallas police are looking for two women who are persons of interest caught on tape.

DALLAS - Dallas police are looking for two women who are persons of interest caught on tape.

Detectives hope finding them means finding the man who opened fire on another car, striking a man who had spoken to the women.

Authorities have video from the QT in the 5900 block of West Davis on Feb. 21 in Southwest Dallas.

The victim survived, and detectives trying to identify persons of interest.

For Dallas Police Det. Brandon Koch, as troubling as it is that another shooting happened, he is more troubled about why it happened.

Koch doesn't know who his shooter is, but he has two persons of interest who were with the guy who used his gun.

"So there are two persons of interest, in this case, two females," he said. "They go in the store. One of them buys something. One of them uses the bathroom, and they come out. That’s where you see their face very clearly." 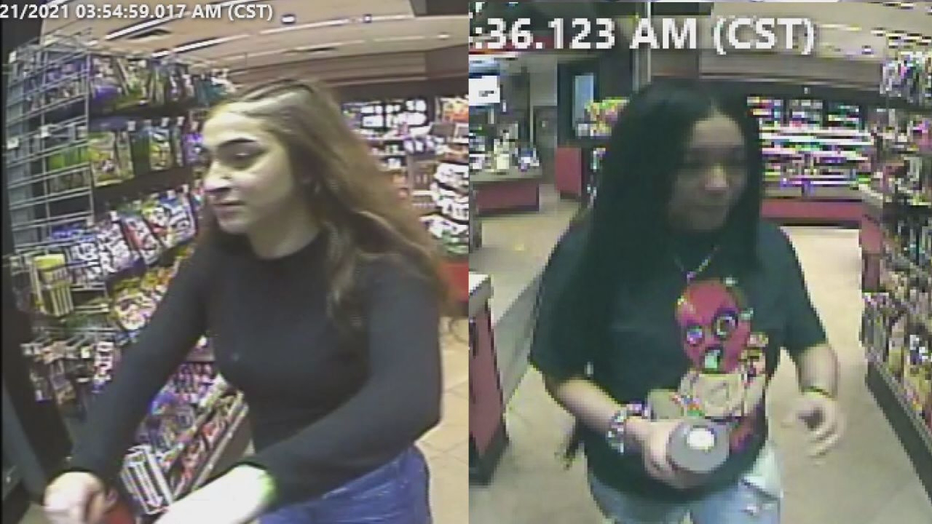 "The victim and his three friends were here getting gas and they bumped into a female," Koch said. "I guess they may have flirted with her or something, upsetting her boyfriend. And her boyfriend ended up following them in their vehicle, shot at them out here on the street and hit the complainant in the back of the neck."

The victim did survive.

The persons of interest were in a white Kia Soul.

The ladies are not suspects, but they were with the shooter. Det. Koch wants to talk to them.