A father of five was gunned down after a night at a Far North Dallas bar with friends.

Police said there's no video of the suspect or the getaway car.

The victim, 46-year-old Ng’Arg Shaw, was killed in the early morning hours of August 7, outside the Hideaway Bar and Grill at Preston and Belt Line.

"Early that morning, a normal guy and his friends had just come to hang out," Dallas PD Det. David Grubbs said. "[Shaw was a] nice guy, not a bad history. Never done anything wrong

Police said there wasn’t an altercation in the bar, but after Shaw came out they were shot while waiting for some barbeque.

"There’s a guy here with a truck. He's got a trailer with a smoker on it and he's just selling barbecue out of the back of his truck, and so they're just in this line," Grubbs said. "And while they're in line, some guy just starts shooting them for no apparent reason."

"This has just about destroyed my family," Shaw’s father, Weylon Lugrand, said. "My son was living a dream."

He was working his way up from groundskeeper to director of grounds for Richardson ISD after 26 years.

Cancer took his wife years ago.

He was single parent to five girls, who are now without mother or father. 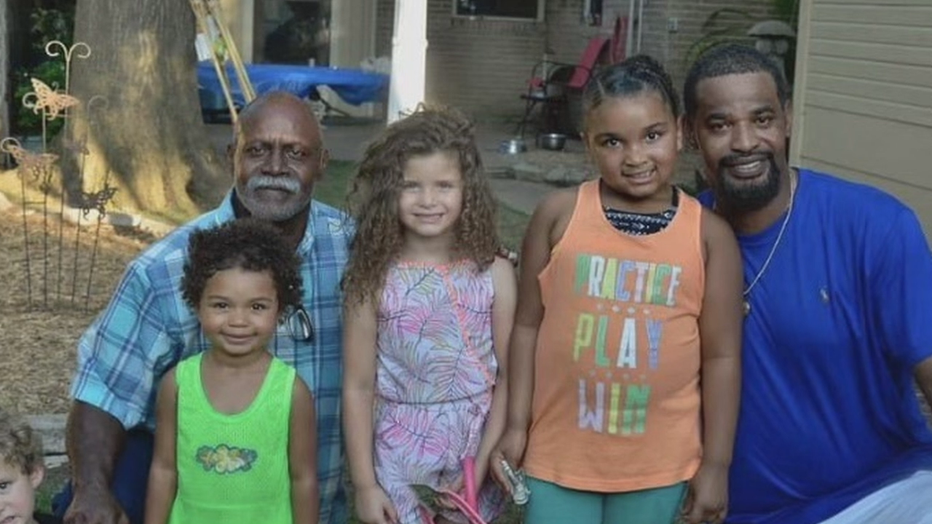 "He was just a loved young man, never caused any trouble to anybody at any time," Lugrand said.

Three people shot Ng'Arg fatally, but police they’ve got no hints and no help up to this point.