In this week’s Trackdown, a visit to a friend’s house on New Year’s Eve proved deadly for 29-year-old Darrius Rivers.

DALLAS - In this week’s Trackdown, a visit to a friend’s house on New Year’s Eve proved deadly for 29-year-old Darrius Rivers.

Detectives said the Dallas man was sadly in the wrong place at the wrong time.

Police released images of the man they said say did the shooting, along with the car he was in, and they hope it’s good enough for someone to give them a name

Detective Antonio "Tony" Machorro said the person who opened fire into a house, killing Rivers, did so without knowing who he might hit, adding that he person who was killed was an unintended victim.

"Any person who would fire rounds, pistol or rifle, any type of rounds, into a house and not know their intended target is a person that we need to get off the streets," Det. Machorro said.

Machorro said that’s what the suspect did back on Dec. 31, in the 1200 block of Grant Street, near the intersection of Denley Drive in East Oak Cliff. 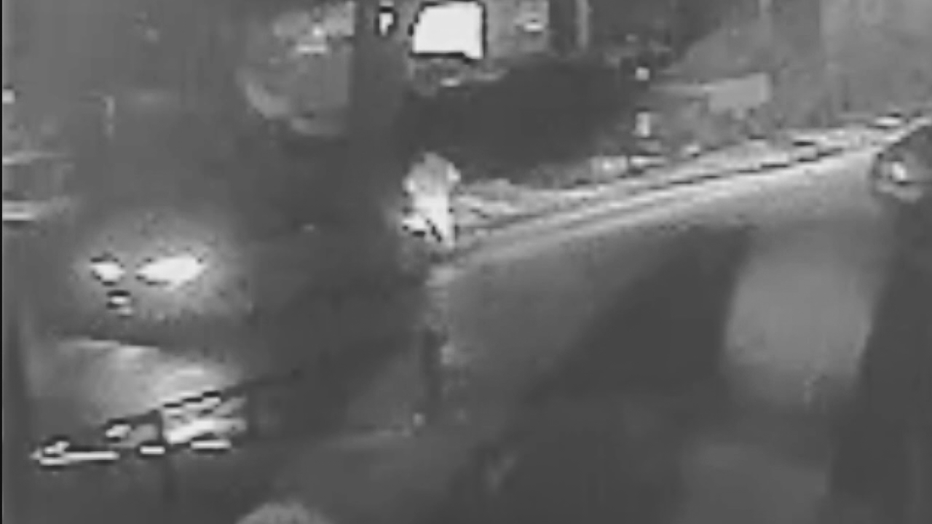 "We believe this was retaliation for a murder that happened one year ago [from Dec. 31]," the detective added. "Inside this house, Darrius Dejon Rivers was struck multiple times and was pronounced deceased at the hospital."

It was all caught on tape, though rain and a spider web on the camera lens, though it somewhat obscures what you see.

"A small four-door or mid-size unknown color sedan pulled up to the location at 1218 Grant Street," Machorro explained. "We see the car come to the location, park in front of the house."

A man who appeared to be somewhat heavy-set got out of the car and walked around to the house.

"Individuals in the house say he never made contact with them, so we believe he may have been casing the house to see who was in the house," the detective said.

After casing the house, police said the shooter went back to his car, then drove in front of the house and opened fire.

"The rounds were fired indiscriminately into the house, and therefore striking Mr. Rivers, the unintended target. He was in the wrong place at the wrong time," Det. Machorro said.

Machorro is hoping someone recognizes the suspect or their vehicle, and can help them identify him.

Crime Stoppers is offering a $5,000 reward in this case.