In this week's Trackdown, Dallas police are looking for the men who shot down a teenager from behind.

DALLAS - In this week's Trackdown, Dallas police are looking for the men who shot down a teenager from behind.

The attack and shooting happened during a block party at Juanita Craft Park in South Dallas. The shooters and their cars were caught on tape, but still at-large.

The 17-year-old’s mother is now pleading for the streets to break their silence.

"I know, where we come from, nobody wants to be a snitch or nobody wants to step up, but if it was your child, you would want somebody to step up. Like crime, teenage crime, if nobody never step up, we won’t ever be able to help the kids or be able to get justice for everybody out here losing their kids," Green’s mother, Brittany Newhouse, said. 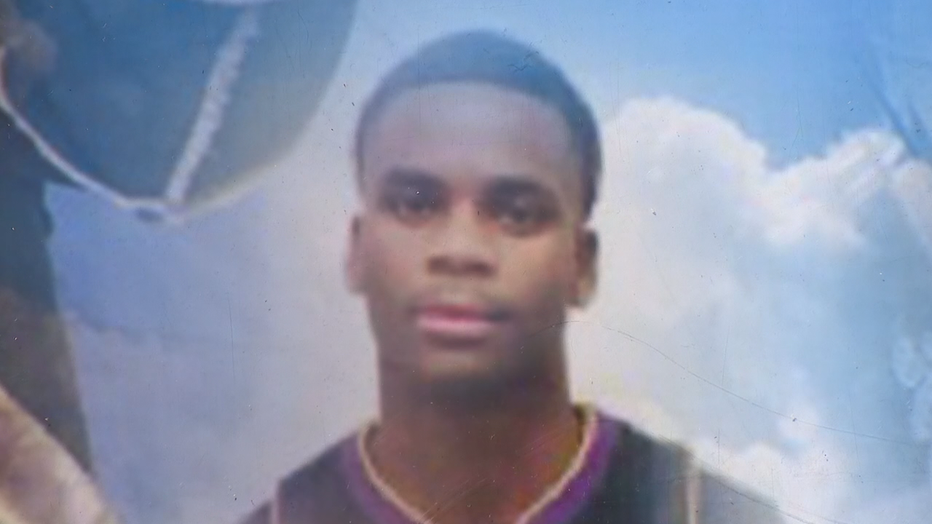 Newhouse is now part of a sorrowful sorority of mothers of murdered sons.

Her son, whose nickname was Fat Daddy, was killed April 17.

"That's our football star. That's my hero, and my first born, and my best friend. He’s everything," she added.

"My victim arrived at the party. He was walking to the park from Lyons. As he was walking to the park, surveillance video will show two vehicles park. It was a white Dodge Charger and like a silver sedan, I would say a Nissan or Honda," Det. Chaney said. "You see some individuals exit these cars, and as my victim is just walking, they approach him from behind and shots were fired. My victim collapses to the ground. These individuals ran back to their vehicles and then they left the location."

Investigators found this was part of an ongoing feud on social media, which then led to gunfire.

"I have some persons of interest, but the thing is, I need some bodies behind the words. I need someone to confirm what I know, and is willing to stand up for me to use it in court," the detective explained.

"Somebody got to break the code. You have to because, if not, we're going to keep getting the same results," Newhouse said. "If y'all say y'all mess with Fat Daddy the way that y'all do. If y'all know, y'all can remain anonymous. Y'all step up and say something like I want justice for my baby. Like who wouldn’t want justice for they child to just walk up on a park, not be here even five minute,s and get gunned down and don’t make it back home."

Anyone with information is asked to call Det. Chaney at 214-283-4804 or email him at derick.chaney@dallascityhall.com.