Dallas police hope someone can tell them the names of four men responsible for shooting two people who survived the gunshots.

DALLAS - In this week’s Trackdown, Dallas police hope someone can tell them the names of four men responsible for shooting two people who survived the gunshots.

The bullets were fired into a crowded apartment from outside last month.

Just before the shooting, two vehicles, a black sedan and silver or gray SUV, pulled up with four suspects inside.

"They engaged in a verbal argument with the occupants of an apartment residence on the fourth floor," Dallas PD Det. Sherri Jeffrey said. "At their front door, and they started shooting, fired several rounds into that apartment. There were five people in that apartment at the time, two of them were struck." 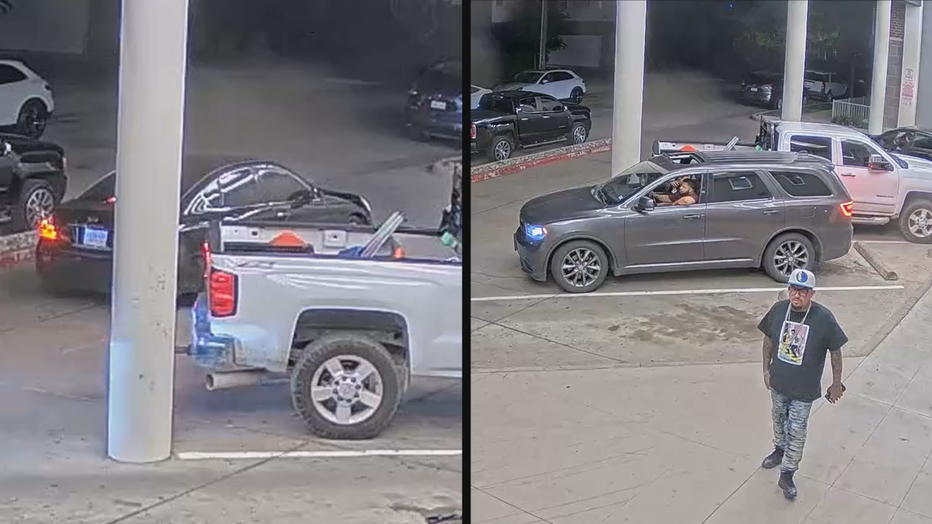 Now, police have released surveillance footage of the suspects and are seeking help from the public to identify them.

"I need their identities, any kind of contact information. If anyone has their social media, anything. Also, there may have been some, you know, people film cellphone videos," Jeffrey said. "There was a lot of noise from several rounds being fired into an apartment. If anyone could send me cellphone video they may have taken."

"I think that you will [recognized them]. The video is really good. It’s very high quality and they're very recognizable," Det. Jeffrey said.

Anyone with information can call Det. Sherri Jeffrey at 214-671-4737 or email sherri.jeffrey@dallascityhall.com.