In this week’s Trackdown, Dallas police believe a fist fight between two men caused one of those men to be shot to death in East Oak Cliff.

DALLAS - In this week’s Trackdown, Dallas police believe a fist fight between two men caused one of those men to be shot to death in East Oak Cliff.

Surveillance video shows the three suspects, one man and two women. One of the women has long bright pink hair.

"On May 20th, Allen Bates exits an apartment over here in the Stonecrest apartments, walks east to the Texaco gas station, goes inside the Texaco, grabs himself something to drink. As he's coming back, he passes three individuals," Dallas PD Detective Chad Murphy explained. "When he passes those three individuals, both Allen Bates and the three suspects both turn around and there's an exchange of gunfire."

Investigators believe Bates was involved in an altercation earlier in the week, and the shooting was retaliation.

"Bates falls to the ground here. The three suspects then go into the Francisco Apartments. They run into that first courtyard, they run through the courtyard, back through the entry gate on the east side," Det. Murphy said. "Jump the fence and then run into the neighborhood." 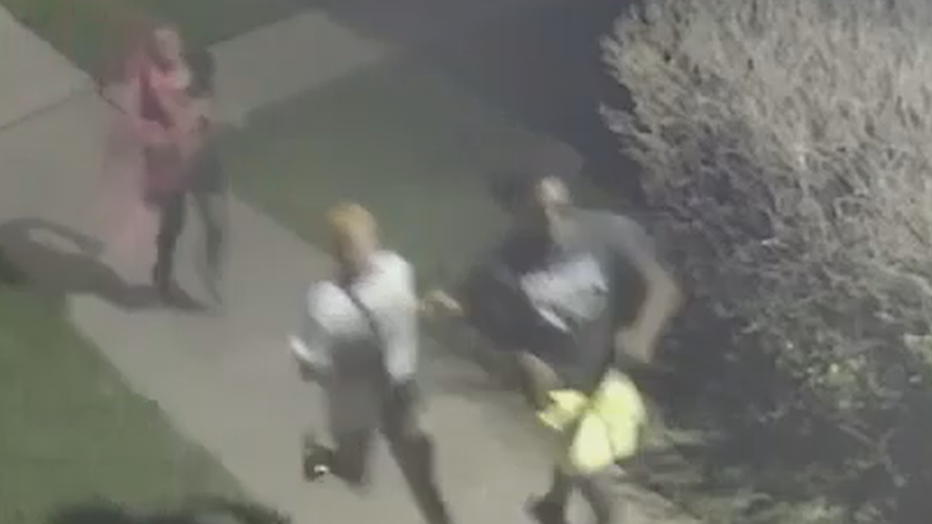 Police are hoping someone recognizes the suspects seen on surveillance video.

Anyone with information is asked to call Det. Murphy at 214-283-4934, or email chad.murphy@dallascityhall.com.