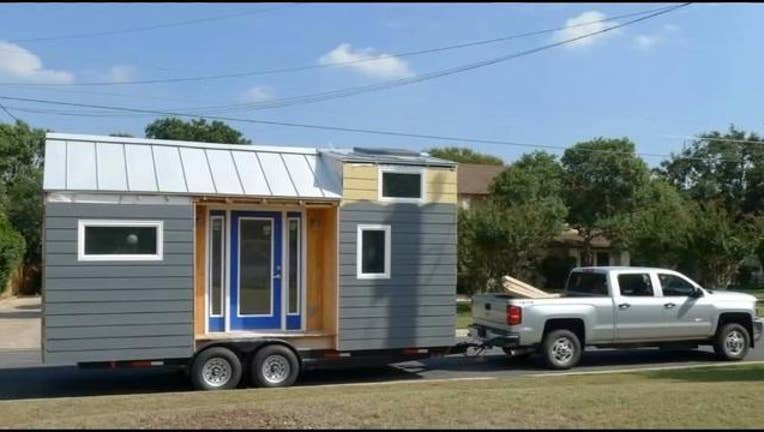 Casey Friday of Spring Branch, Texas and his wife, both advocates for green living, have spent the last two years building a tiny "green" house from the ground up. But in the days leading up to Christmas, it was stolen and the 35 thousand dollars Friday and his wife invested in the property seemed to go right down the drain.

"It was depressing, devastating, made me angry and shocked all at the same time," Friday said about the theft.

But just a few days ago and after numerous tips, the home was located – behind another house on the south side of town. Neighbors had been driving by the tiny house for days, but had no idea it was stolen. If it wasn't for the kindness of those good Samaritans, it might have taken much longer for the house to be found.

Friday said, "This has really, really restored my faith in people's kindness."

He also said that he was pleased with the response and support he's received on social media.

Though the house is now back in their possession, Friday says that he and his wife don't know if they want to live in it anymore. They've recently signed a lease for a new apartment.

Still upset with the ordeal, he said that he and his wife were going to "cool off" and then figure out a plan of what to do with the house. Another option they're considering is selling the home to someone less fortunate and unable to afford it otherwise.

The thieves will face charges but officials say that the thief is not necessarily the owner of the property where the tiny house was found.