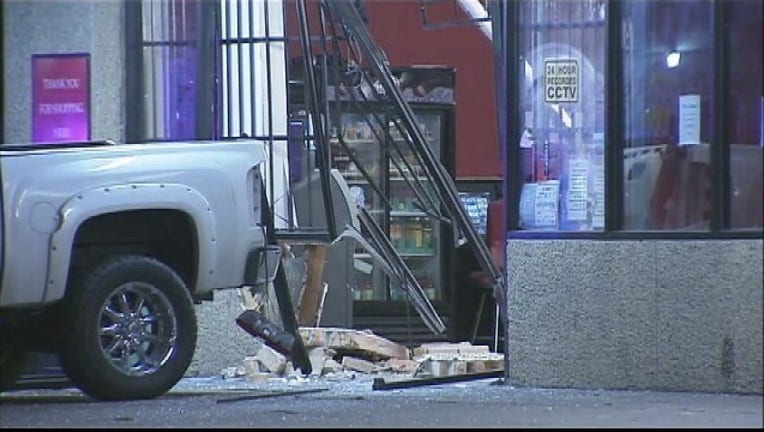 DALLAS - Police are looking for thieves who tried to break in and steal an ATM in Oak Cliff early Monday morning.

The gang of four to five men used a stolen truck to smash through the glass at the In & Out Convenience Store in the 100 block of E. Saner Avenue.

But police said something spooked them and the fled on foot empty handed.

Officers searched the area and found two men hiding in someone’s back yard.

Police will question them to determine if they were involved.