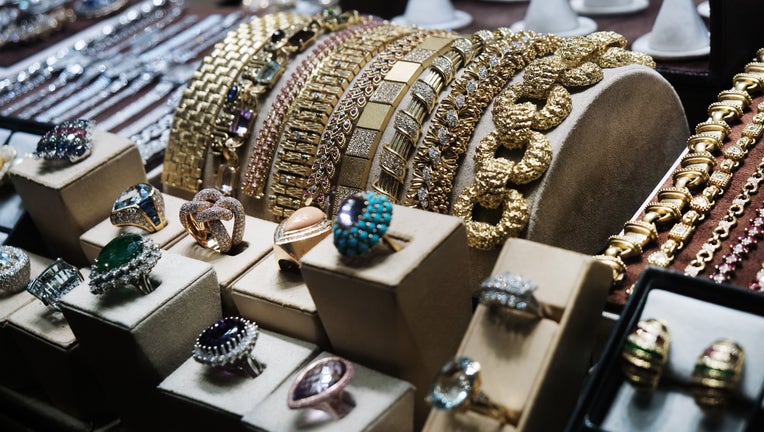 NEW YORK, NEW YORK - MARCH 07: Gold jewelry is displayed in a window of a store in Manhattan's jewelry district on March 07, 2022 in New York City. As the war in Ukraine pushes investors to look for less volatile markets for their money, gold prices

MESQUITE, Texas - Mesquite police say thieves broke into a jewelry store at Town East Mall this weekend and got away with at least $2 million worth of merchandise.

Investigators say the thieves first broke into a former Sears building on Saturday and then broke through a concrete wall and busted out sheetrock to get into the American Jewelers next door.

A store employee discovered the theft in the morning.

Some of the store’s security equipment was also removed during the burglary.

Officers are working to find out if mall security cameras captured any images.