NASHVILLE - The Grammy-winning Dixie Chicks are now just “The Chicks.”

The country trio, which consists of Natalie Maines, Emily Strayer and Martie Maguire, changed its social media handles Thursday and their official website, thechicks.com, had a message scrawled across the top that reads: "We want to meet this moment."

The band also recognized that the name was already in use by a band in New Zealand. 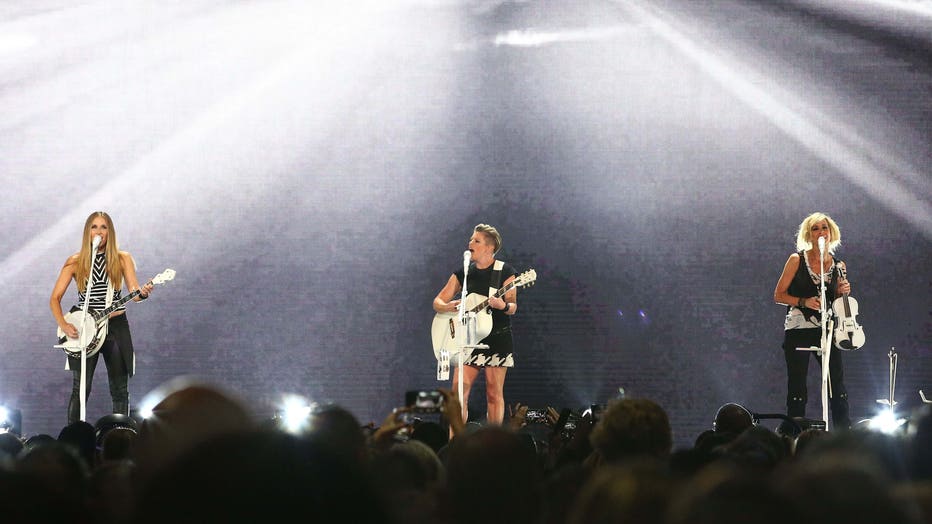 “A sincere and heartfelt thank you goes out to ‘The Chicks’ of NZ for their gracious gesture in allowing us to share their name. We are honored to co-exist together in the world with these exceptionally talented sisters,” the group said in a statement.

The name change comes amid nationwide protests highlighting racial injustice in America. The term Dixie refers to Southern U.S. states, especially those that belonged to the Confederacy.

Country music group Lady Antebellum made a similar move, dropping the word “Antebellum” from its name due the term’s slavery connotation — used particularly to describe existing before the American Civil War. They now are Lady A.

A list of brands are taking a stance against racist stereotypes.

Aunt Jemima, Cream of Wheat and Uncle Ben’s are joining other companies across the country to change or evolve their brands.

The Chicks, who are releasing their first new album in 14 years next month, also released a new video for their new song, “March March" that features videos and images from the recent Black Lives Matter rallies.

The Chicks are the best selling female group in America with more than 33 million albums sold in the United States, according to the Recording Industry Association of America. Formed originally in Texas as a bluegrass group, the band hit commercial fame with their breakthrough album “Wide Open Spaces.” The band has won 13 Grammys.

The platinum-selling group has been among the most outspoken figures in country music. Lead singer Maines famously criticized former President George W. Bush in 2003 during the run-up to the U.S. invasion of Iraq and the band was shunned by country radio.

They responded to the backlash with their song “Not Ready to Make Nice,” and swept the Grammys in 2007 winning three of the top all-genre categories.