Texas on pace to set record for fire-season duration

Texas is on pace for a possible record-setting year, according to the Texas A&M Forest Service, though it’s not the type of record they want to see.

It’s day 241 of fire season, and Texas is on pace for a possible record-setting year, according to the Texas A&M Forest Service, though it’s not the type of record they want to see.

Texas firefighters are dealing with some of the worst wildfire conditions we’ve seen in years.

"So this is definitely the worst fire season that I’ve experienced while working for the Texas A&M Forest Service," said Adam Turner.

Turner said, in terms of fire season duration, they have to look back a decade and beyond.

A stretch of triple-digit temperatures, with little to no rain, makes the brutal task of containing wildfires even more difficult. 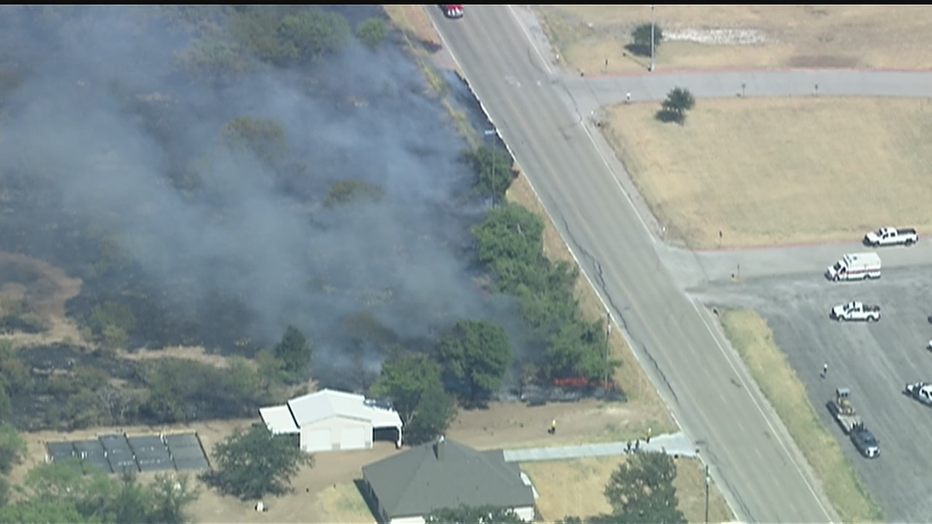 "It’s the closest I’ve ever felt to being in an oven," Turner said. "Maybe you only work for 20 minutes and then you have to go get in the truck, rest for another 15 minutes, so you can actually cool back down enough and rehydrate."

The Texas A&M Forest Service said it has responded to 7,680 fires this year, with nearly 630,000 acres being burned.

"Really, it’s truly up to the locals reaching out to ask us to come in," Turner said. "We’re all here to help the local fire departments that respond to 95% of the fires in the state of Texas."

The recent Colony Fire, north of Tolar, is 100% contained as of Friday, but Turner said, even when the flames are gone, there’s work to be done.

"We are doing some really extensive mop-up, so we are seeing extensive time spent on all these fires," he said.

They know this fire season is far from over.

"There’s another three months out there that we could be fighting fire," Turner said. "It’s going to be a year that gets remembered."

Their hope is to minimize as much damage as possible.

"Finish up what you’re doing, get prepped for the next one, and then a game of sit and wait and let’s see when the next fire kicks off," he said.

Currently, there are no active wildfires in North Texas that the Texas A&M Forest Service is responding to, but there are 15 across the state.