As Texas lawmakers consider what to do with an unprecedented $32.7 billion state surplus, leaders of the state’s six largest public university systems are pitching that nearly $1 billion be allocated toward higher education. If lawmakers agree, these university chancellors pledge to hold tuition flat for all undergraduate students for the next two academic years.

DALLAS - As Texas lawmakers consider what to do with an unprecedented $32.7 billion state surplus, leaders of the state’s six largest public university systems are pitching that nearly $1 billion be allocated toward higher education.

If lawmakers agree, these university chancellors pledge to hold tuition flat for all undergraduate students for the next two academic years.

Texas Legislature 101: Understanding the state government and how it passes laws

"Our education mission is funded almost entirely by two sources of funding: state support and student tuition and fees," says the letter, which The Texas Tribune obtained Tuesday. "Without increased state support, Texas institutions must look to additional efficiencies and then tuition and fees to be able to continue to maintain high-quality education. In order to hold tuition flat for our students and their families, Texas universities seek increased state investment." 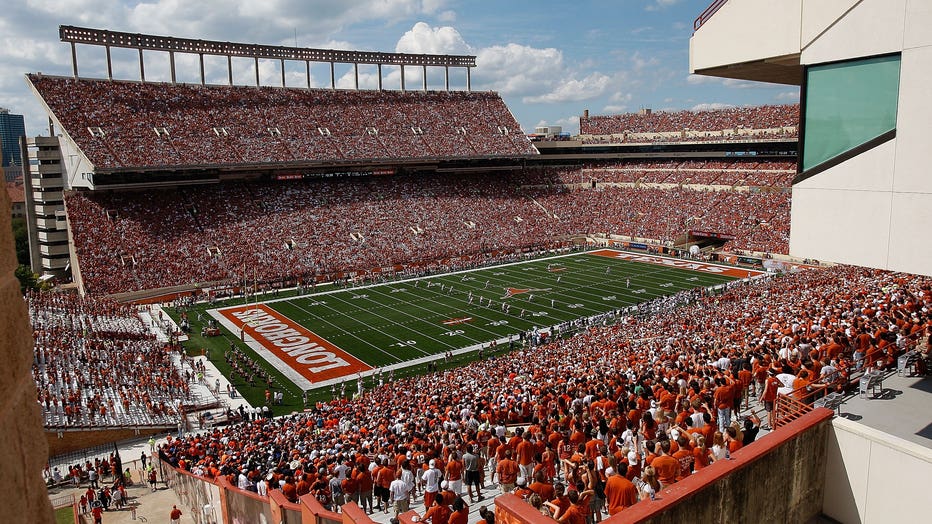 AUSTIN, TX - SEPTEMBER 26: A general view before a game between the UTEP Miners and the Texas Longhorns at Darrell K Royal-Texas Memorial Stadium on September 26, 2009 in Austin, Texas. (Photo by Ronald Martinez/Getty Images)

None of the Texas legislators who were sent the letter immediately responded to requests for comment.

The chancellors requested a nearly 7% — $352 million — increase in the money allocated through a funding formula for instruction, university buildings and research, arguing the state needs to increase general funding beyond enrollment growth. Last legislative session, lawmakers added $380 million to the two-year state budget at the last second to fully fund for student enrollment growth.

But funding per semester credit hour, which the Legislature uses to determine how much money a public university receives based on the type of class and enrollment, has continued to decline since 2008. Then, universities received $59.02 per weighted credit hour. Last session, lawmakers approved a $55.65 weighted credit hour for the biennium.

Meanwhile, average semester tuition and fees for a full-time student at a public university increased by 27% between 2014 and 2021, according to the Texas Higher Education Coordinating Board.

The chancellors also proposed that the state put $80 million in funding specifically toward regional universities, which include schools such as Texas A&M International University in Laredo and the University of Texas at Tyler in East Texas. Last legislative session, lawmakers created a program to put additional funding toward the regional public universities and allocated a year of federal funding toward those schools. The chancellors say additional funding would enable those schools to help at-risk students complete college.

The chancellors also renewed a consistent request each session to get more state funding for the Hazlewood Legacy Program, which provides free tuition for qualifying military veterans and their families.

According to the letter, universities waived $176.4 million in costs for qualifying veterans' kids in 2021, but the state’s reimbursement covered only 13% of that cost. Chancellors argued that shifts the cost of the program to other students who are paying tuition and means that even when the state provides the same amount of funding as previous bienniums, universities start off every two years with a funding deficit.

They are asking the state to reimburse universities to cover the costs of veterans' dependents, an estimated $276 million.

Finally, the chancellors also ask the state to fund higher education employee health insurance at the same rate as other state employees, which would cost an estimated $290 million. Currently, the state covers less than 80% of the rate for state employees, according to the letter.

This article originally appeared in The Texas Tribune at https://www.texastribune.org/2023/01/10/texas-universities-funding-letter/.