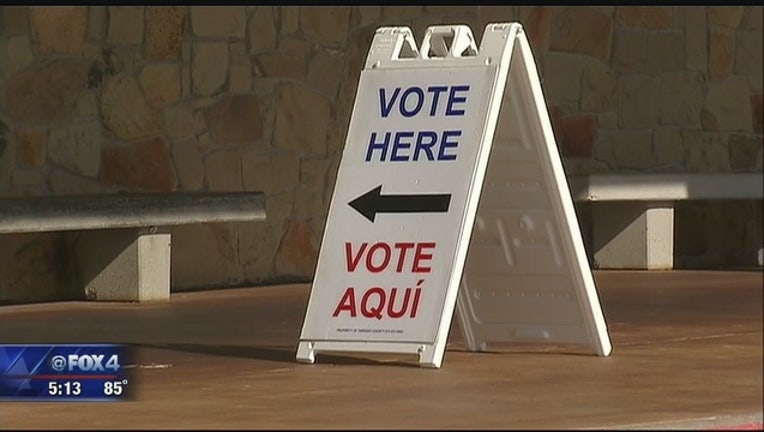 AUSTIN, Texas (AP) - Officials with the Texas secretary of state's office began calling county election chiefs Tuesday to warn about problems with its recent report questioning the citizenship of tens of thousands of registered voters, the latest example of a state backpedaling after raising alarms about potential widespread election fraud.

Local officials told The Associated Press that they received calls from Texas Secretary of State David Whitley's office indicating that some citizens had been included in the original data announced Friday. The state had used a database of drivers' licenses and personal IDs to suggested that as many as 95,000 non-U.S. citizens may be on the state's voter rolls and that as many as 58,000 may have cast a ballot at least once since 1996.

"We received a call from the state saying we should put things on hold," said Dallas County Elections Administrator Toni Pippins-Poole. "Some of the data that they received was flawed. Some of the voters had already provided proof of citizenship."

Whitley released a new statement Tuesday that didn't provide any revised estimate of voters whose citizenship remains in question. It also doesn't acknowledge any errors with the initial count, after his office Friday had expressed high confidence in the data that was used.

After the report, President Donald Trump this weekend went to Twitter to renew his unsubstantiated claims of rampant voter fraud.

Nearly 10,000 names had been flagged in Dallas County. Another elections chief in suburban Austin said many of the roughly 2,000 names he received now warranted no investigating.

Texas is not the first state to question the citizenship of thousands of registered voters, and often early claims of possible illegal voting on a rampant scale haven't held up.

When Florida began searching for noncitizens in 2012, state officials initially found 180,000 people suspected of being ineligible to vote when comparing databases of registered voters and driver's licenses. Florida officials later assembled a purge list of more than 2,600 names but that, too, was beset by inaccuracies. Eventually, a revised list of 198 names of possible noncitizens was produced through the use of a federal database.

In Colorado, former Republican Secretary of State Scott Gessler launched a search for non-citizen voters with a pool of 3,903 people. Hundreds on his list were U.S. citizens, and Gessler later passed along just 141 names to county clerks.

"Citizenship status changes, and the fact is when that when you do this kind of large-scale database matching you're going to confuse people," said Myrna Perez, a voting rights expert and deputy director of New York-based Brennan Center for Justice Democracy Program. "These claims keep surfacing up and get debunked."

Even before Tuesday, there were signals that the Texas numbers may represent a massive overcount. Republican Texas Attorney General Ken Paxton told supporters in a fundraising email Monday that "many of these individuals may have been naturalized before registering and voting, which makes their conduct perfectly legal."

Davis, who is also president of the Texas Association of Election Administrators, said the state advised local election chiefs Tuesday to remove any names that were shown to have originally registered to vote with Texas Department of Public Safety, which issues driver's licenses and personal IDs. He said they were told "to consider them citizens."

Sam Taylor, a spokesman for the Texas secretary of state's office, said Tuesday in response to the phone calls to counties that they are continuing to provide information to help verify voter eligibility.