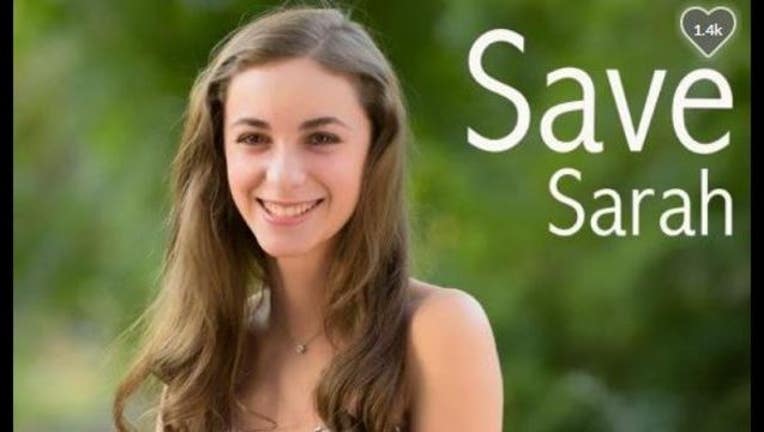 SAN ANTONIO (FOX 26) - A 17-year-old girl has been sent away by her parents to a 'pray away the gay' Christian camp in East Texas. Now other family members are attempting to raise money to sue for her freedom.

Over the weekend of June 4, a GoFundMe page titled 'Save Sarah' was set up for the teen by her cousin Joey Jordan, an actor who plays Winn Schott on the show 'Supergirl'--and states that her parents "believe that homosexuality is a sin and abnormal", and that Sarah was sent away against her will to the facility for troubled teens to 'pray away the gay.'"

The realization of Sarah's sexuality drew her parents' attention when it was time to go to prom, and Sarah elected to take her girlfriend.

Jordan states that "instead of preparing for college and competing in the state debate tournament, she’ll be doing forced labor every day and enduring Bible-based 'therapy' for her 'disease.'"

“I can't believe beautiful, smart, incredible kids like my cousin Sarah are still being told that being gay is wrong,” Jordan, 31, wrote on Facebook. “But it's worse than that for Sarah ... She's been placed at a remote boarding facility to help ‘pray away the gay’ for a year with no communication to the outside world.”

The remaining family members have hired a well-known Austin-based law attorney with a lot of experience litigating LGBT issues. The family claims that the money raised by the GoFundMe page will be used to pay for attorney fees.

Relatives say that they are in a hurry to free Sarah from the camp because she's essentially cut off from the outside world.

Like many youth camps, Sarah is "not allowed phone calls or email or any form of computer communication." She is also not allowed visitors and cannot leave the property.

Sarah allegedly tried to run away from the camp, but was caught before leaving the property.

The GoFundMe page has supporters that have come together to raise more that $46,000.