School districts across Texas are hoping to regain some of the historic learning losses students suffered and continue to suffer during the pandemic.

DALLAS - School districts across Texas are hoping to regain some of the historic learning losses students suffered and continue to suffer during the pandemic.

Texas Education Agency Commissioner Mike Morath spoke to educators and business leaders at the Dallas Regional Chamber on the stark realities many students are facing.

The commissioner compared recent learning losses to what districts saw in displaced students after Hurricane Katrina and warned in some critical subjects students never recovered.

Morath painted a stark picture of the current state of education in Texas, saying the state lost at least a decade’s worth of progress.

"We have over a million more children below grade level relative to what would happen in a normal year in the state of Texas," he said. 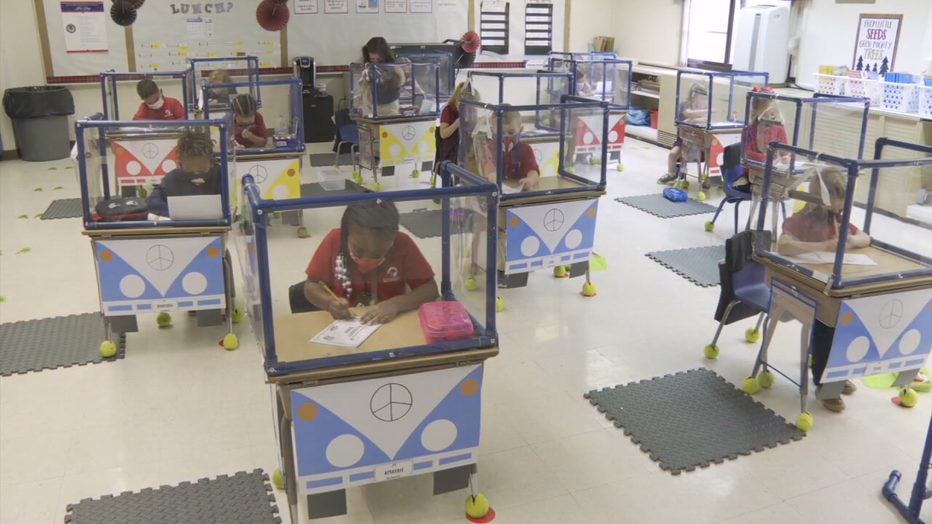 Morath compared current learning losses to what was seen after displaced students moved to Texas after Hurricane Katrina.

"After four years of intense intervention, they did in fact catch up to state averages in reading," he said. "They never caught up in mathematics."

But there is some positive outlook on the horizon.

Looking ahead, the state has an extra $16.2 billion in federal COVID relief funds to help.

"We’ve got to break out of the old mold of what school has looked like," said Dallas ISD Deputy Superintendent Susana Cordova. "How do we use this money to invest in innovation? How do we think about creating new ways for kids to engage in person and virtually?"

Local districts are also extending the school day and calendar, in some cases, and checking in on student progress more often.

"If you can tell a child, ‘You accomplished these things in the last four weeks. Let’s set an intentional goal for the next four things you’re going to do over the next six weeks,’" said Grand Prairie ISD Superintendent Linda Ellis. "We’re taking it in smaller segments and being more intentional with targeted instruction."

Educators also reported concerning numbers for 8th grade and high school levels with the number of students enrolling in four-year colleges significantly down.